The Prescott Memorial, or a Genealogical Memoir of the Prescott Families in America 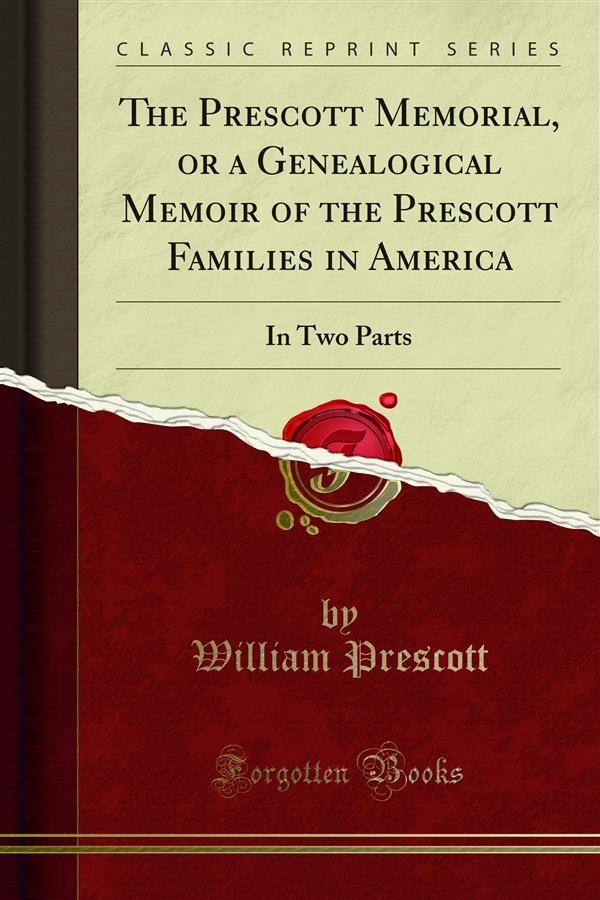 The Prescott Memorial, or a Genealogical Memoir of the Prescott Families in America

To any one acquainted with genealogical investigations it need not be said that the collection of facts embraced in the following Memorial required great labor. Thorough and patient investigation, strong deter mination, and much expense, combined with great anxiety, embarrass ing difficulties, and perplexity, arising from various causes, to say nothing of the indifference of some, and the discrepancy in the records of {others of the connection. But it has been the anxious solicitude of the author to overcome all these difficulties, as far as practicable, and to produce as full, as correct, and as perfect a record as the means attainable Would permit. Yet such is the complication, difficulty and perplexity of the task, that it cannot be presumed to be complete as a whole, or free from error in its details. The descendants have become so numerous and so dispersed over our extensive domain, and almost throughout the world, that very many members, and even whole families have become so lost to the rest, that their history, and even their locality has become unknown. Consequently many vacancies will be found to exist in various parts of the work.ale The obstacles and discouragements which attended the commencement of the investigation have been referred to elsewhere. But as the researches progressed, obstacles were removed, hidden facts and secluded records were unfolded and brought to light, and light and hope supplanted darkness and ignorance. The more the facts that were brought to light, and the more records the author obtained, the more ea'ger he was to prosecute his inquiries, to pursue his investiga tions, and accomplish his cherished object.