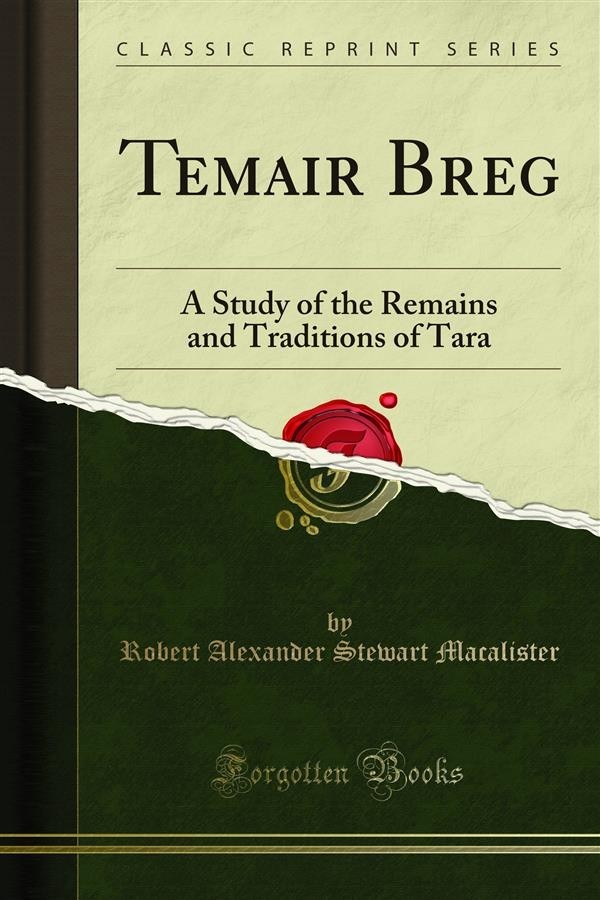 True, VD rii 103 sqq. Says, or appears to say, that Nemnach is east of Mi'ir Tea, and that the houses of Tenrair Were scattered around Tech Mairisend, which was 011 its margin. This, so far as it goes, would seem at first sight more favourable to Petrie's identification for his Nemnach is close to the modern village, and is about east of the site of Mdr Tea. 311t,iu the first place, it is a mere assumption that the houses of the ancient village, which doubtless stood at or near the royal dwellings, were 011 the site of the modern village.2 In the second place, it is not certain that the passage before us really asserts that N emnach was east of the structure called Mur Tea; rather does it intend to say that it was east of the whole site of Temair, a-condition satisfied by its being on the eastern slope of the ridge. Meti-ical ex1gencres prevented the author of the poem from saying that the well was scam-east of the settlement. The writer of PD had no such difficulties to contend with, and his version of the direction in which we are to look for the well is therefore to be preferred. Against Petrie's identification it may further be argued with fairness that, if it were sound, it would not be easy to understand why the author of PD mentioned Nemnach first in the list of notable places of Ten1ai1 while if the well were at the place now suggested.