Deeds of Daring, or History of the Eighth N. Y. Volunteer Cavalry 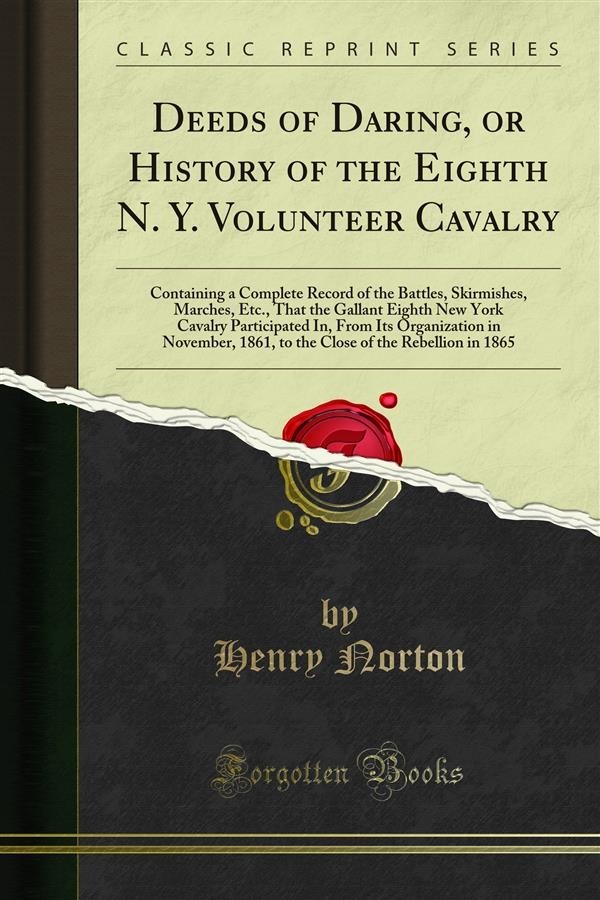 Deeds of Daring, or History of the Eighth N. Y. Volunteer Cavalry

At the urgent request of such comrades, their kindred and friends, the author has written this His tory of the gallant Eighth New York Cavalry, being a complete record of the Regiment, from its organiza tion in November, 1861, to the close of the Rebellion, in 1865. The author has taken ample time to collect facts and Official records also he has received many communications from comrades Of the Regiment. He believes the book will be highly appreciated in every family of Monroe, Ontario, Seneca, Wayne, Orleans, Niagara, Chenango and Oneida counties, for the soldiers of the Eighth New York Cavalry were, some of them, kindred or friends to them.