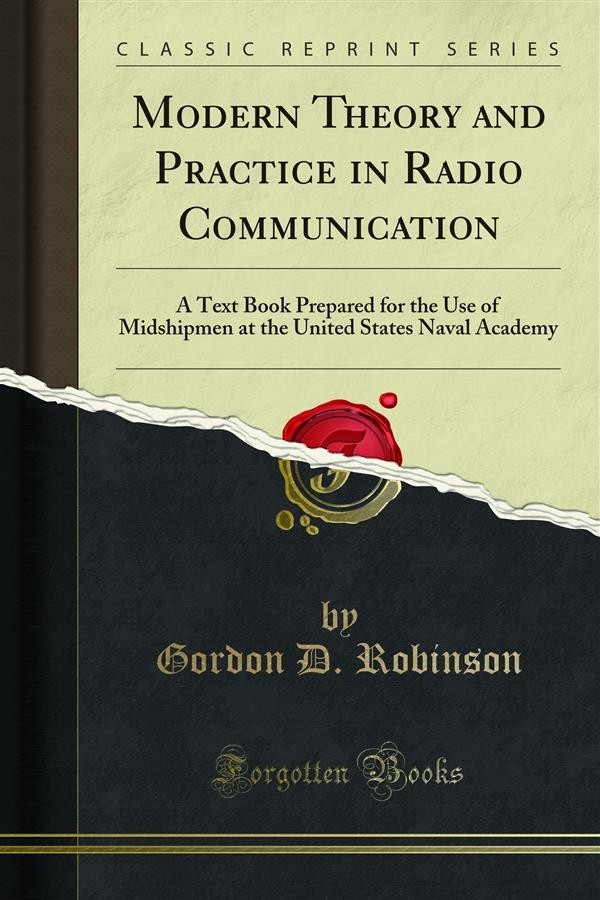 Our endeavor has been to provide a book containing all the information necessary for the student who does not intend to specialize on Radio, and at the same time to pro duce a book which will serve as a basis for further study for the student who does wish to specialize. The book is not intended, however, for an instruction manual for a radio operator who has little interest in the how and why of his apparatus. Requirements Of time and space have made it necessary to take for granted various statements which would be derived mathematically, or explained in detail, in a text dealing purely with fundamentals. These omissions are of such a nature that they may profitably be studied only by a student specializing on radio subjects. TO understand the work as presented, the student should have a knowledge Of elementary electricity and physics. Credit is due Lieutenant Commander P. L. Holland for Chapters I, II, III, IV, VI and XII. The remaining chapters are to be credited to G. D. Robinson. Department OF electrical engineering and physics. United states naval academy, july, 1919.