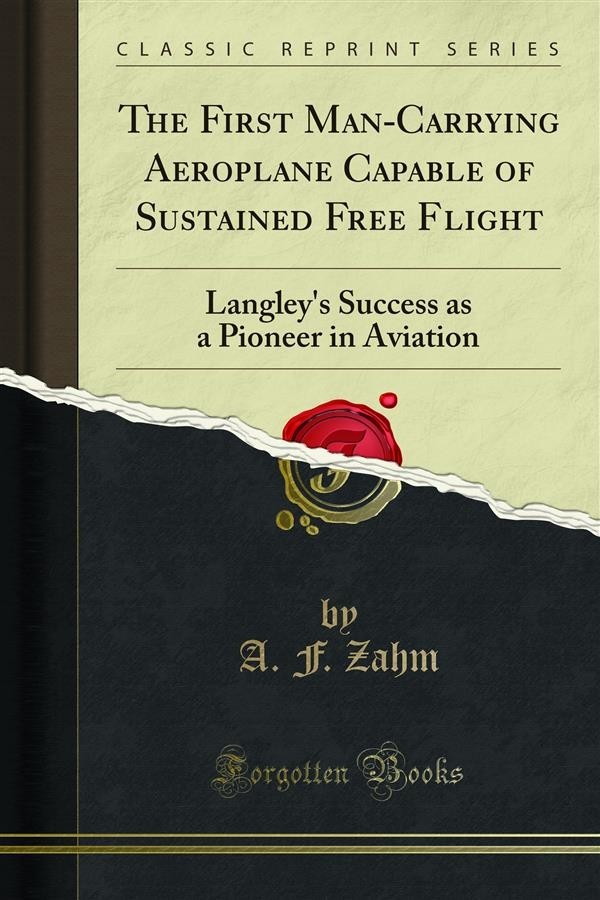 Such an accident, occurring now, would be regarded as a passing mishap; but at that time it seemed to most people to demonstrate the futility of all aviation experiments. The press overwhelmed the inventor with ridicule; the great scientist himself referred to the acci dent as having frustrated the best work of his life. Although he felt confident of the final success of his experiments, further financial support was not granted and he was forced to suspend Operations. Scarcely could he anticipate that a decade later, in a far away little hamlet, Workmen who had never known him would with keenest enthusiasm rehabilitate that same tandem monoplane, and launch it again and again in successful ﬂight, and that afterwards in the Na tional Capital it Should be assigned the place of honor among the pioneer vehicles of the air. When in March, 1914, Mr. Glenn H. Curtiss was invited to send a ﬂying boat to Washington to participate in celebrating Langley Day, 1 he replied, I would like to put the Langley aeroplane itself in the air. Learning of this remark Secretary Walcott, of the Smithsonian Institution, soon authorized Mr. Curtiss to recanvas the original Langley aeroplane and launch it either under its own propulsive power or with a more recent engine and propeller. Early in April, therefore, the machine was taken from the Langley Labora tory and shipped in a box car to the Curtiss Aviation Field, beside Lake Keuka, Hammondsport, N. Y. In the following month it was ready for its first trial since the unfortunate accident of 1903.