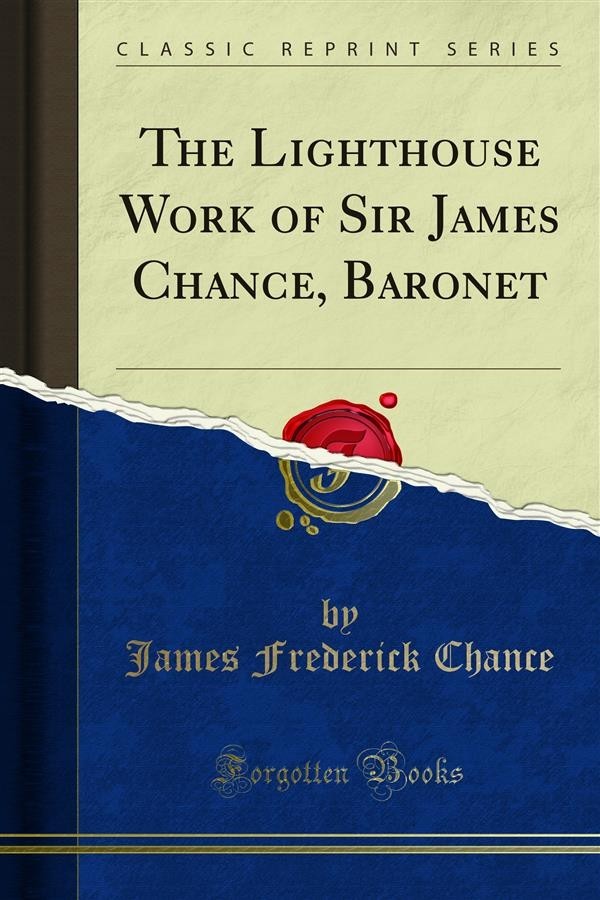 The monumental invention of Fresnel was, after his too early death in 1827, perfected, or rather extended, by his brother Leonor, by Degrand, Allard, Bourdelles, and others in France, and in Britain by the distinguished family of Stevenson (robert, Alan, and Thomas), by Brewster, Airy, Faraday, Thomson, Tyndall, and Hopkinson, and by the subject of the present memoir, who worked in collaboration with some of these, or alone, devoting during many years his high mathematical abilities to the optical side of the task, and his practical sagacity to the whole. The annals of the Trinity House, of the Board of Trade, and of the Admiralty, abundantly record the advisory work of James Timmins Chance, and show how his name is written on many leading lighthouses of his generation. Mention need hardly be made here of the particular ones to which he devoted his talents and his time; yet such lights as those of Great Orme's Head, Europa Point, Wolf Rock, Flamborough Head, Souter Point, and the South Foreland ought to be distinctly remembered. In connection with the work of the latest Royal Commission on Lights, Buoys, and Beacons, his name is not less distinguished than those of Airy and Faraday, as will be seen in the pages that follow. His papers on lighthouse illumination, communi cated to the Institution of Civil Engineers, remain valuable text-books.