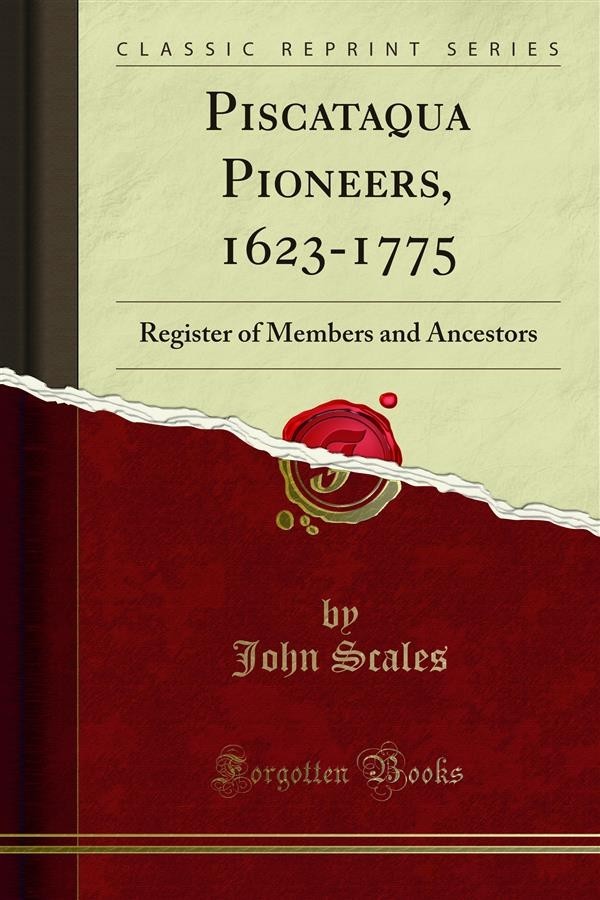 At the annual meeting of the piscataqua pioneers, at Exeter, 17 August, 1917, President Foster, in his ad dress suggested that the society have prepared and published a register of the members and their anecs tors, with appropriate sketches of the latter. Acting on his suggestion it was voted that the Secretary be in structed to prepare such a register. The Secretary said he would not have time to attend to preparing the copy; it was voted that he employ such assistance as he might need. Accordingly he engaged Mr. John Scales to take the work in hand, who soon after began outlining the plan of the book, with the advice and assistance of President Baer and Secretary Lamson. When the first draft was completed, on suggestion of Secretary Lam son, it was submitted to the examination of Rev. Dr. Everett S. Stackpole, who made several corrections and furnished some additions. He suggested that the first generation of children of the Pioneers be added, that list not being included in the original draft. The Pres ident and Secretary approved of the suggestion and the editor took the work in hand to find who constitutes that first generation; it was a difficult job, and took consider able time, but at the annual meeting in August, 1918, the copy was ready for the printer. The report of the Treasurer showed there was lack of funds to pay for publication at that time.