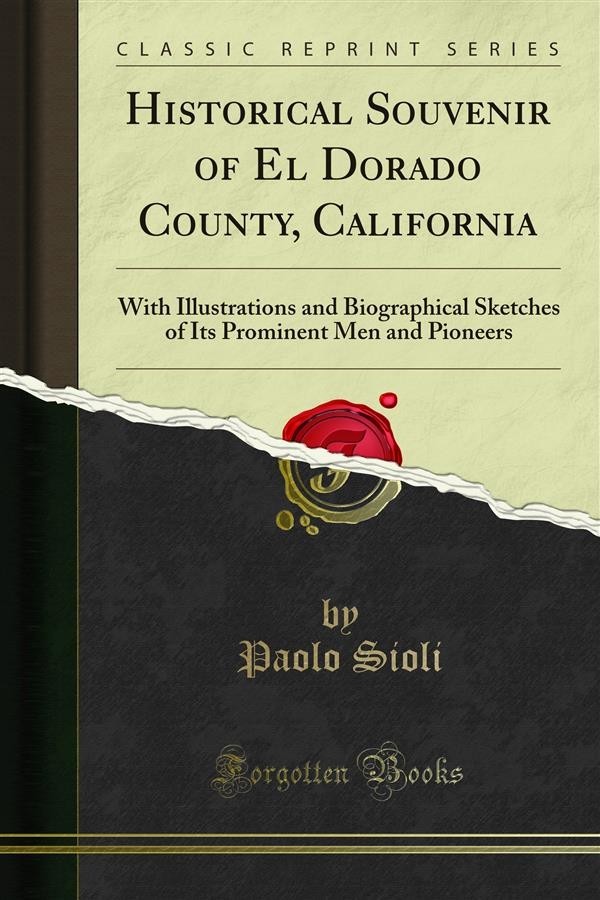 To our patrons and the public in general we here with present the Illustrated History of El Dorado County. The county in which the discovery of gold was made, which in consequence has given the im pulse to set in motion an emigration, entirely unknown before in history, and which kept on coming here for eighteen or twenty years, thus gathering within her borders a population ranging from twenty to forty thousand, including all grades and classes of people, but constituting a community of pride and power which made El Dorado to become the Empire Coun ty of the State. Not only on account of the great dis covery already mentioned that was made here, but also for the reason that she is one of the largest and richest counties in the mining district she was deservedly complimented with the name she bears. Though slumbering now since the completion of the Central Pacific Railroad across the Sierra Nevada, she will come to life and activity before long to re ward the energy and industry of her people and to place her in the rank which she always has deserved.