Rangers and Pioneers of Texas 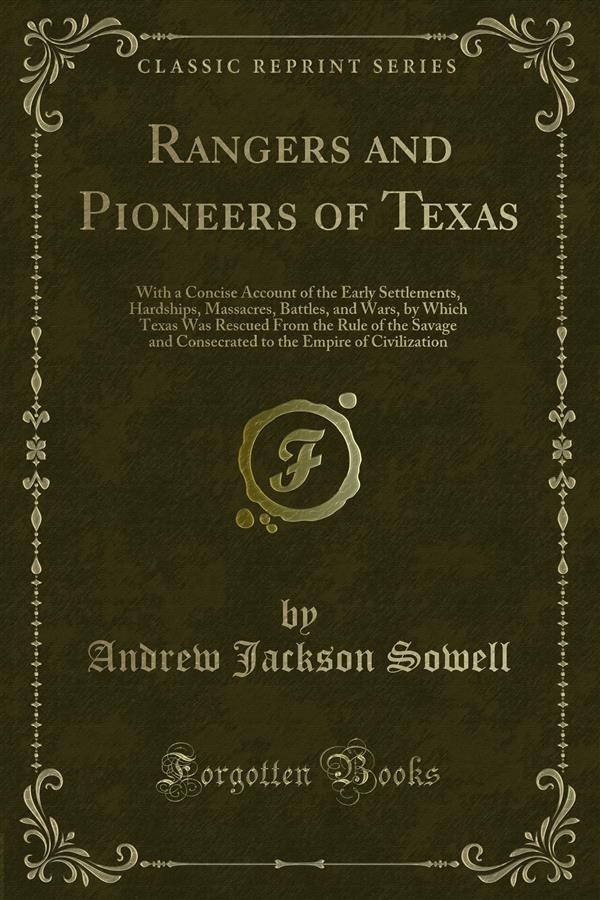 Rangers and Pioneers of Texas

When the white settlers of Texas, composing Aus tin's and De Witt's colonies, first began to erect their cabin in this wild and beautiful country, all the Indian tribes were friendly. The Comanches were the most numerous, numbering several thousand warriors. Hos tilities commenced by thieving parties of Indians steal ing horses from the whites, and, when caught by the exasperated settlers, were roughly handled: in fact, there was not much law in the country in those days regulating the punishment for such offenses, and the unfortunate red man caught under such circumstances was generally shot on the spot. White horse thieves were served the same way, or strung up to the limb of a tree.