Commemorative Biographical Record of the West Shore of Green Bay, Wisconsin, Including the Counties of Brown, Oconto, Marinette 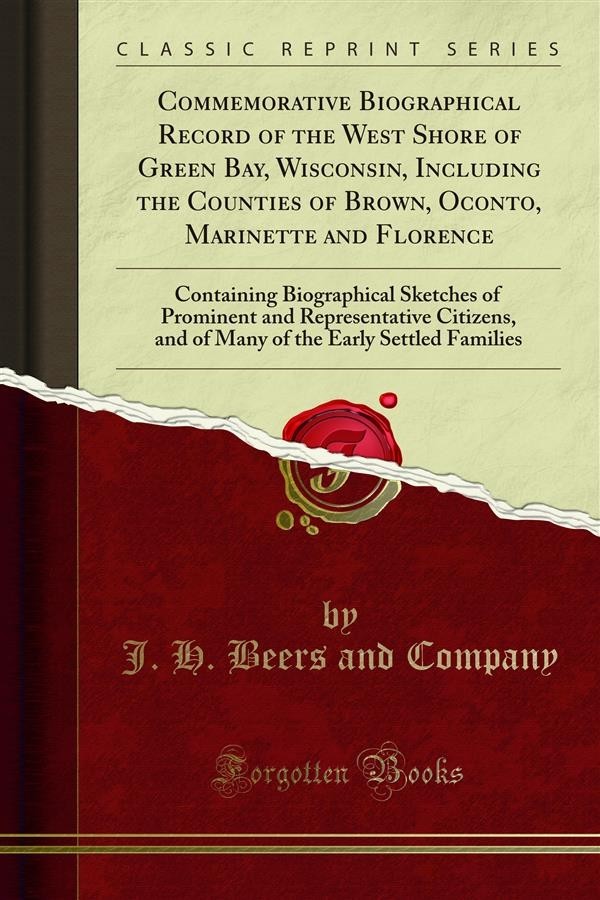 Commemorative Biographical Record of the West Shore of Green Bay, Wisconsin, Including the Counties of Brown, Oconto, Marinette

HE importance of placing in book form biographical history of representative citizens — both for its immediate worth and for its value to coming generations is admitted by all thinking people; and within the pas-t decade there has been a growing interest in this commendable means of perpetuatingbiography and lamil genealogy. That the public is entitled to the privileges afforded by a work of this nature needs no assert-ion at our hands: for one of our greatest Americans has said that the historsy of any country resolves itself into the biographies of its stout, earnest and representative citizens. This medium, then, series more than a single purpose: while it perpetuates biography and family genealogy, it records history, much of which would be preserved in no other way. In. Presenting the commemorative biographical record to its patrons, the publishers have to acknowledge, with gratitude, the encouragement and support their enterprise has received, and the willing assistance rendered in enabling them to sur i-nfount the many unforeseen obstacles to be met with in. The production of a work of this character. In nearly every instance the material composing the sketches was gathered. From those immediately interested, and then submitted in type-written form for correction and revision. The volume, which is one of generous amplitude, is placed in the hands of the public with the belief that it will be ifound a valuable a-d'di tion to the library, as well as an invaluable contribution to the historical literature of the State of W'isconsin.