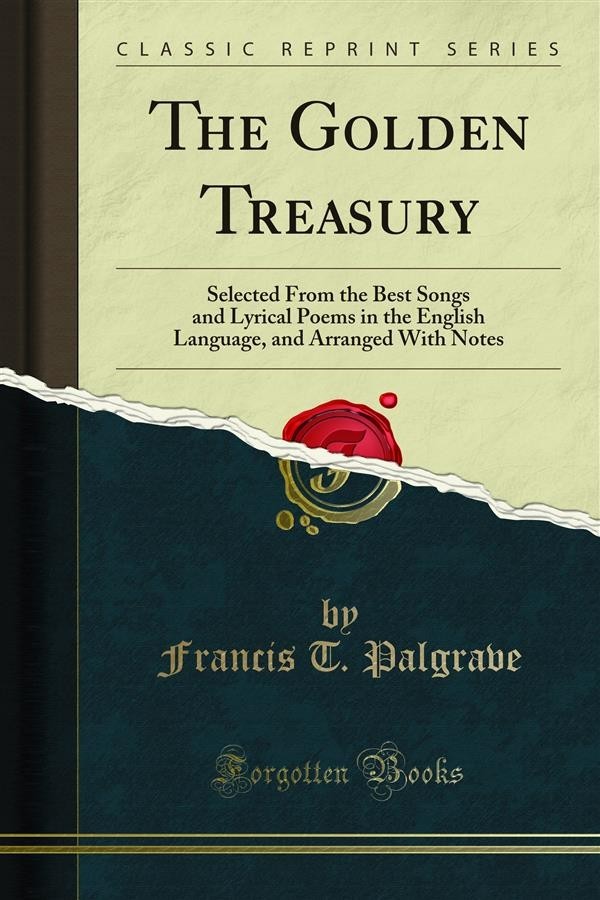 This little Collection differs, it is believed, from others in the attempt made to include in it all the best original Lyrical pieces and Songs in our language (save a very few regretfully omitted on account of length), by writers not living, — and none beside the best. Many familiar verses will hence be met with; many also which should be familiar — the Editor will regard as his fittest readers those who love Poetry so well, that he can offer them nothing not already known and valued. The Editor is acquainted with no strict and exhaustive definition of Lyrical Poetry; but he has found the task of practical decision increase in clear ness and in facility as he advanced with the work, whilst keeping in view a few simple principles. Lyrical has been here held essentially to imply that each Poem shall turn on some single thought, feeling, or situation. In accordance with this, narrative, descriptive, and didactic poems, — unless accompanied by rapidity of movement, brevity, and the colouring of human passion, — have been excluded. H umourous poetry, except in the very unfrequent instances where a truly poetical tone pervades the whole, with what is strictly personal, occasional, and religious, has been considered foreign to the idea of the book. Blank verse and the ten-syllable couplet, with all pieces markedly dramatic, have been rejected as alien from what is commonly understood by Song, and rarely conforming to Lyrical conditions in treatment. But it is not anticipated, nor is it possible, that all readers shall think the line accurately drawn. Some poems, as Gray's Elegy, the Allegro and Penseroso, Words worth's Ruth or Campbell's Lord Ullin, might be claimed with perhaps equal justice for a narrative or descriptive selection whilst with reference especially to Ballads and Sonnets, the Editor can only state that he has taken his utmost pains to decide without caprice or partiality.