The History and Antiquities of Tallaght in the County of Dublin 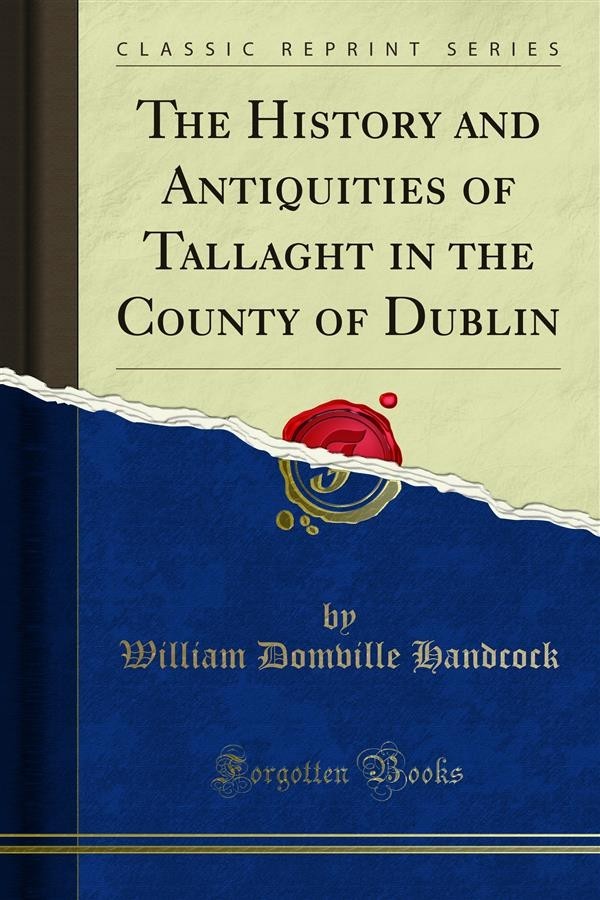 The History and Antiquities of Tallaght in the County of Dublin

Ll J HE want of local history has often been complained of, and few writers care to describe what is pass ing around them yet, in after years, how interesting do such records become! Old houses go to decay and their inhabitants die out in a comparatively short space of time no memory of either remains; and if any inquiry becomes necessary, there is great difficulty in finding out anything about them. Within the last two hundred years, what changes have taken place in the topography of our County of Dublin: new roads, new boundaries, buildings, and plantations, have in many places altered the face of the country. Woods which covered large tracts have dis appeared; wastes and marshes have been reclaimed and drained; hills formerly cultivated have again become covered with heath and furze, whilst others have been cleared and enclosed. How valuable would a History of the County of Dublin, such as d'alton's, written two hundred years ago, be in the present day. D'alton's is perhaps the only local History we have; and although it contains inaccuracies, still it is a most valuable record.