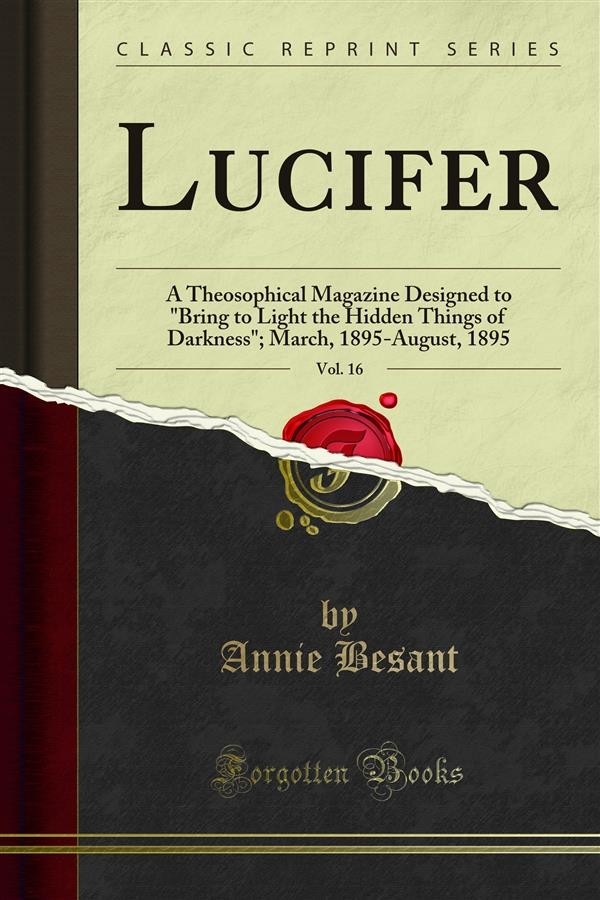 The mystical meaning of the above is now apparent; but at that time I took it to mean that my Chinese contributor, who showed such intimate acquaintance with my own views, and so confirmed my prejudices with regard to Mr. Judge, and spoke with such certainty (though mock-modestly deprecating all claims for authority) on occult matters, had lived for sixteen years in the West, after reaching years of discretion, not before reaching them. Hints and suggestions about high chelas helping at important crises, etc., that we were never abandoned, and much else, completed the legend thus sown in deception, and I read a proof of the article to a large assembly of students, and so helped on the evolution of the myth by pointing out, what I considered to be, the impossibility of anyone but some person of wider knowledge than our own, being able to write so appositely. The news ﬂew forth and acquired strength in its going. The way was prepared, the good tidings written in letters, and the article was eagerly perused when published. I wonder what were the feelings of my friend, Mr. Har grove, at that meeting?