A History of Egypt, From the Earliest Times to the Persian Conquest 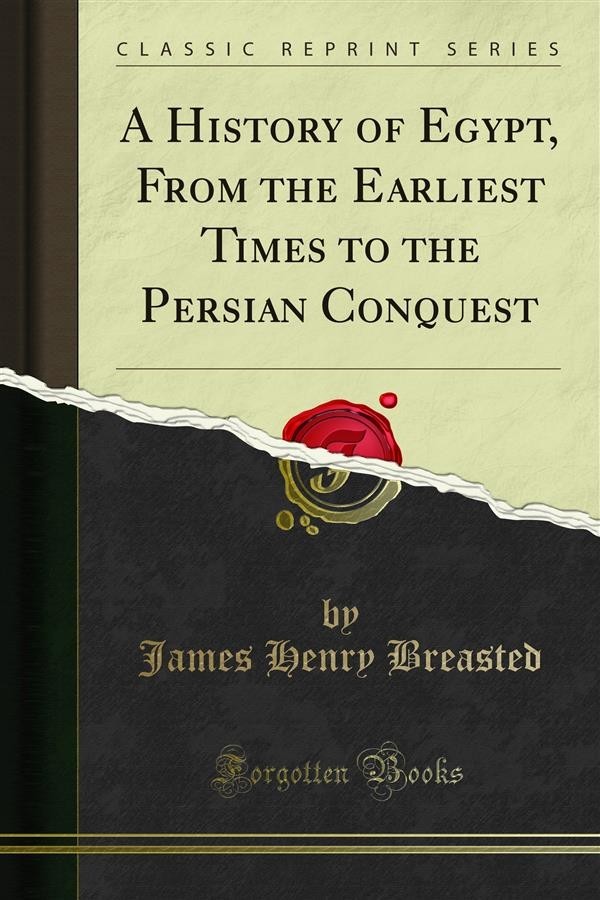 A History of Egypt, From the Earliest Times to the Persian Conquest

The ever-increasing number of those who visit the Nile Valley with every recurring winter should alone form, it would seem, a sufficiently numerous public to call for the production of a modern history of Egypt. Besides these fortunate travellers, however, there is another growing circle of those who are beginning to realize the significance of the early East in the history of man. As the Nile poured its life-giving waters into the broad bosom of the Mediterranean, so from the civilization of the wonderful people who so early emerged from barbarism on the Nile shores, there emanated and found their way to southern Europe rich and diversified inﬂuences of culture to which we of the western world are still indebted. Had the Euphrates ﬂowed into the Mediterranean likewise, our debt to Babylon would have been correspondingly as great as that which we owe the Nile Maggy. It is to Egypt that we must look as the dominant power in the. Mediterranean basin, whether-1 by force of arms or by sheer weight of superior civilizai tion throughout the earliest career of man in southern Europe, and for long after the archaic age had been superseded by higher culture. To us who are in civiliza tion the children of early Europe, it is of vital interest to raise the curtain and peer beyond into the ages which bequeathed our forefathers so precious a legacy. Finally.