Epistle to the Romans 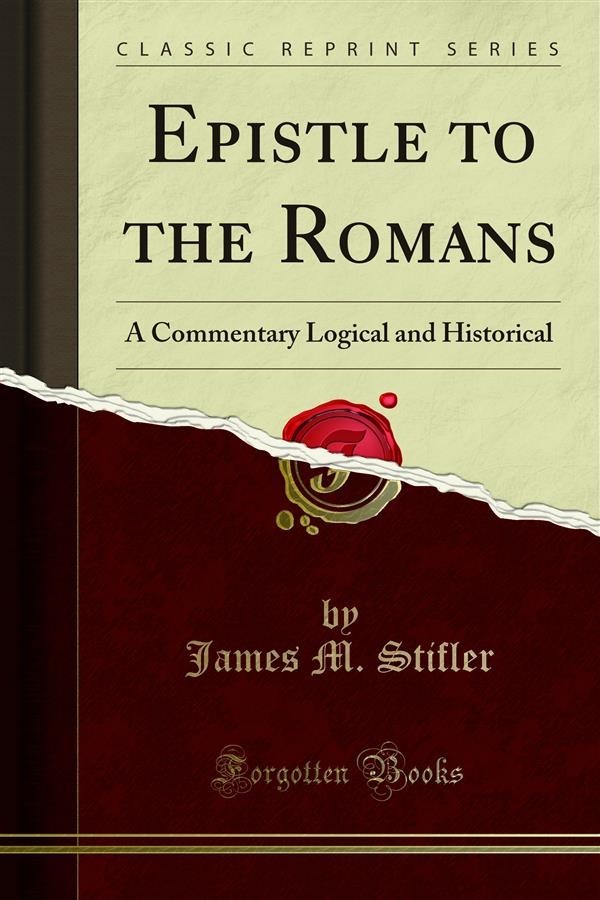 Epistle to the Romans

I. The origin OF the roman church is historically obscure. There is no record, and little from which a record can be constructed, either of the date of its beginning or of the agent or agents of its founding. When the Epistle to the Romans was written the church had already a world-wide reputation (i. But little can be inferred from this as to the length of time which the church had already existed. In five years it might have become known throughout the whole world. The Thessa Ionian church in less than a year after Paul's first Visit was widely known; for Paul writes them from Corinth (a.d. 52 or 53) In every place your faith to Godward is Spread abroad; so that we need not to speak anything (i Thess. I. That the Roman church was not much if any older than the earlier Gentile churches is probable. It was a Gentile Church. It is not easy to conceive how such a one could have come into existence before the church in Antioch in Syria (acts xi. 19 many years after Pente cost. And this first Gentile church did not get its authority to be strictly such until after the council in Jerusalem (a.d. The matter and the spirit of the Epistle to the Romans show that the latter were thoroughly settled on the question of their right to be just what they were — a Gentile church, grounded on'faith in Christ. N ow who made them such? Who was qualified to teach them that in Christ there was no distinction between Jew and Gentile, a doctrine that was not promulgated before Peter's visit to the household of Cornelius (acts and that did not gain authoritative recognition until a good while (acts xv.) afterward? It seems almost necessary to believe that the Roman church was founded by teachers from some of the Gentile centers, and that, too, after such teachers had come to clear vision of the intent of the gospel for Gentiles as such, and that they could be saved as Gentiles. The Gentile character of the church is now pretty generally admitted, and this admission makes necessary the other, that its founders must have been men of Paul's way of presenting the gospel.