How We Advertised America 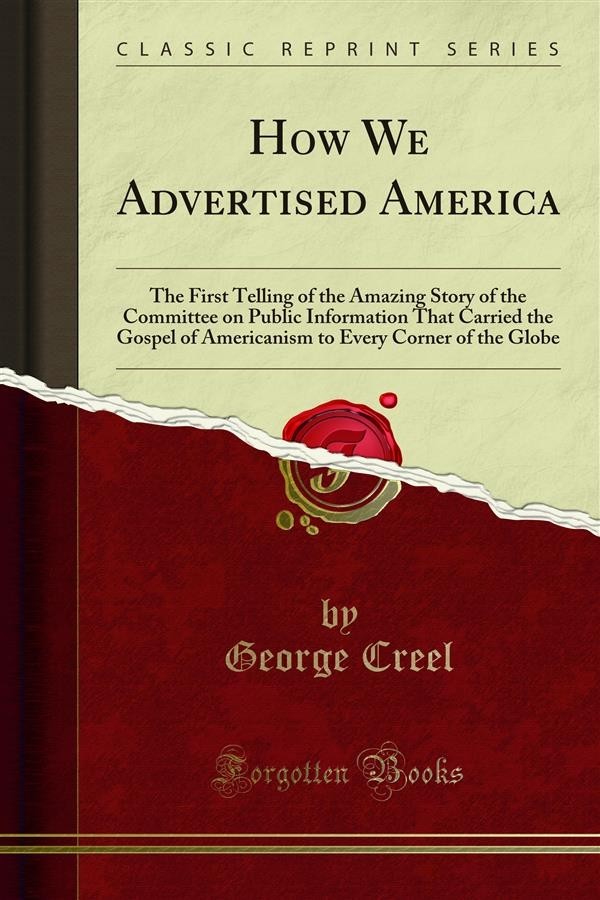 How We Advertised America

These things form our imagination; it is our disposition to think of the war as a great conﬂict of physical forces in which the best mechanic won, and in which the nation that was strongest in material things, which had the largest accumulation of wealth and the greatest power of concentrating its industrial factors, was the victorious nation. Yet, as I said at the outset, I suspect the future historian will find under all\these physical manifestations their mental cause, and will find that the thing which ultimately brought about the victory Of the Allied forces on the western front was not wholly the strength of the arm Of the soldier, not Wholly the number Of guns of the Allied nations; but it was rather the mental forces that were at work nerving those arms, and producing those guns, and producing in the civil populations and military populations alike of those countries that unconquerable determination that this war should have but one end, a righteous end.