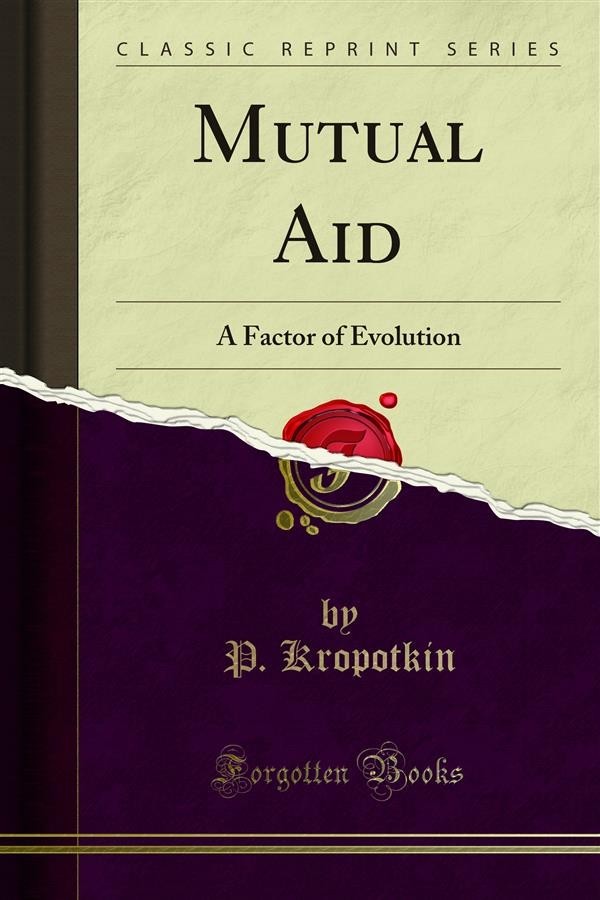 <i>Mutual Aid: A Factor of Evolution</i> is a book written by Peter Kropotkin and originally published as a series of articles in a British literary magazine. Kropotkin was a well-known zoologist, evolutionary theorist, and communist, and his ideas often challenged those of Charles Darwin.<br><br><i>Mutual Aid</i> is Kropotkin's examination of mutual aid, a theory of social organization that championed cooperation and reciprocation between members of a species for the betterment of the group. Kropotkin's view challenged the beliefs of Social Darwinists, who believed competition between members of a species inherently promoted evolution and survival of the group. Kropotkin begins his book with an examination of mutual aid in the animal kingdom, where he includes examples of ants, bees, birds, large cats, wolves, and more. Kropotkin continues with a discussion of mutual aid in human societies, examining both ancient civilizations as well as modern humans. The book concludes with an appendix and detailed index.<br><br>Kropotkin's work is a fascinating read and presents a theory every bit as worthy of consideration as Darwinism. The author does not deny the importance of competition in the advancement of a species, but rather argues that cooperation and mutual aid have been underappreciated aspects of man's proliferation on Earth. Kropotkin argues for the local production of food and the self-sufficiency of nations – principals that many Westerners of the twenty-first century advocate for as well.<br><br><i>Mutual Aid: A Factor of Evolution</i> presents an important and often under considered theory on the development of species. Whether you sympathize with his viewpoints or not, Kropotkin was certainly a brilliant man, and one that deserves to be widely read.