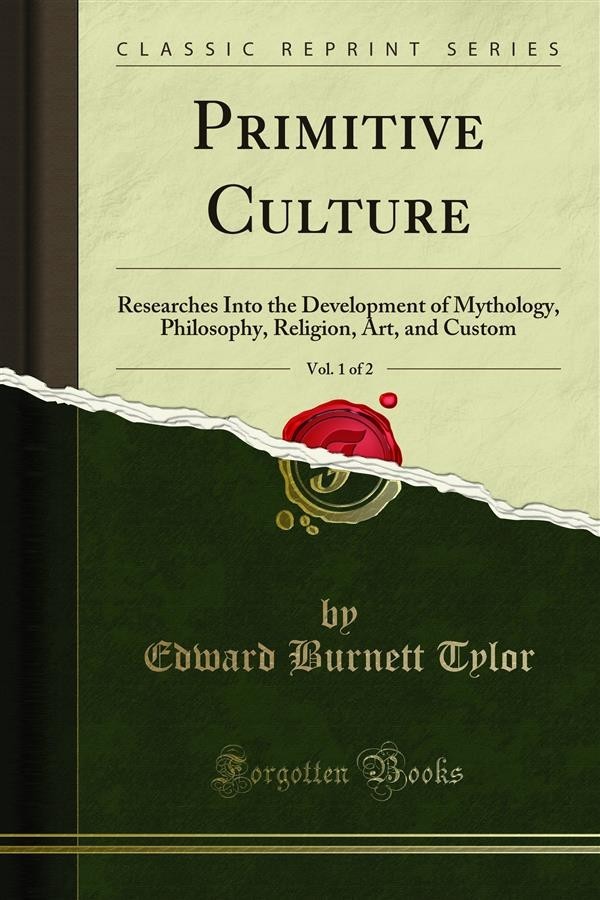 Since the publication of this work in 1871, translations have appeared in German and Russian. In the present edition the form of page has been slightly altered, for convenience of re-issue at once in England and America. The matter, however, remains substantially the same. A few passages have been amplified or altered for greater clearness, and on some points additional or improved evidence has been put in. Among the anthropologists whose published reviews or private communications have enabled me to correct or strengthen various points, I will only mention by name Professor Felix Liebrecht, of Liege, Mr. Clements R. Markham, Professor Calderwood, Mr. Ralston, and Mr. Sebastian Evans. It may have struck some readers as an omission, that in a work on civilization insisting so strenuously on a theory of development or evolution, mention should scarcely have been made of Mr. Darwin and Mr. Herbert Spencer, whose influence on the whole course of modern thought on such subjects should not be left without formal recognition. This absence of particular reference is accounted for by the present work, arranged on its own lines, coming scarcely into contact of detail with the previous works of these eminent philosophers. An objection made by several critics as to the accumula tion of evidence in these volumes leads me to remark, with sincere gratification, that this Objection has in fact been balanced by solid advantage. The plan of collecting wide and minute evidence, so that readers may have actually before them the means of judging the theory put forward.