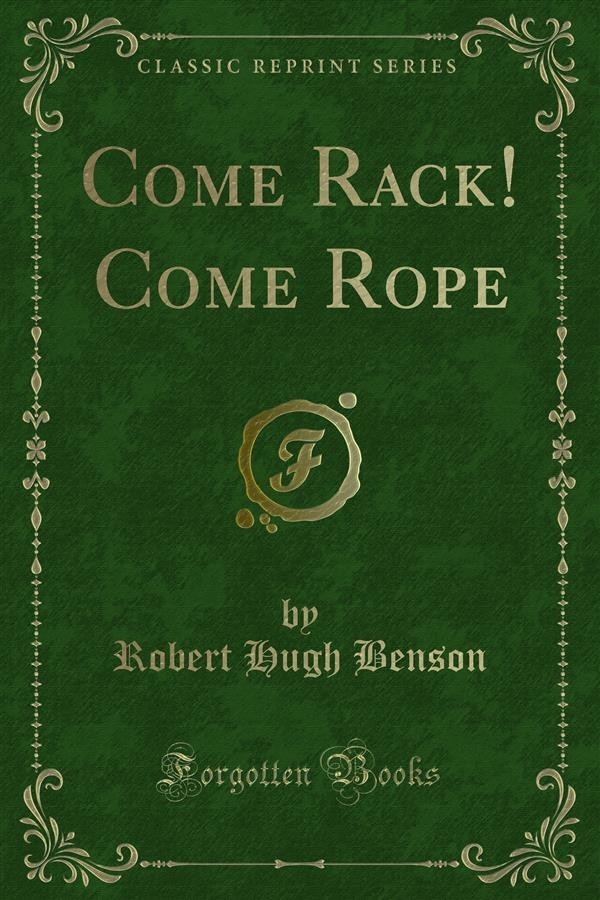 Very nearly the whole of this book is sober historical fact; and by far the greater number of the personages named in it once lived and acted in the manner in which I have pre sented them. My hero and my heroine are fictitious; so also are the parents of my heroine, the father of my hero, one lawyer, one woman, two servants, a farmer and his wife, the landlord of an inn, and a few other entirely negligible characters. But the family of the fitzherberts passed precisely through the fortunes which I have described; they had their confessors and their one traitor (as I have said). Mr. Anthony Babington plotted, and fell, in the manner that is related; Mary languished in Chartley under Sir Amyas Paulet; was assisted by Mr. Bourgoign; was betrayed by her secretary and Mr. Gifi'ord, and died at Fotheringay; Mr. Garlick and Mr. Ludlam and Mr. Simpson received their vocations, passed through their adventures; were captured at Padley, and died in Derby. Father Campion (from whose speech after torture the title of the book is taken) sufi'ered on the rack and was executed at Tyburn. Mr. Topcliffe tormented the Catholics that fell into his hands; plotted with Mr. Thomas fitzherbert, and bar gained for Padley (which be subsequently lost again) on the terms here drawn out. My Lord Shrewsbury rode about Derbyshire, directed the search for recusants and presided at their deaths; priests of all kinds came and went in disguise; Mr. Owen went about constructing hiding boles Mr. Bassett lived defiantly at Langleys, and dabbled a little (i am afraid) in occultism; Mr. F enton was often to be found in Hathersage — all these things took place v.