Recollections of a Happy Life, Being the Autobiography of Marianne North 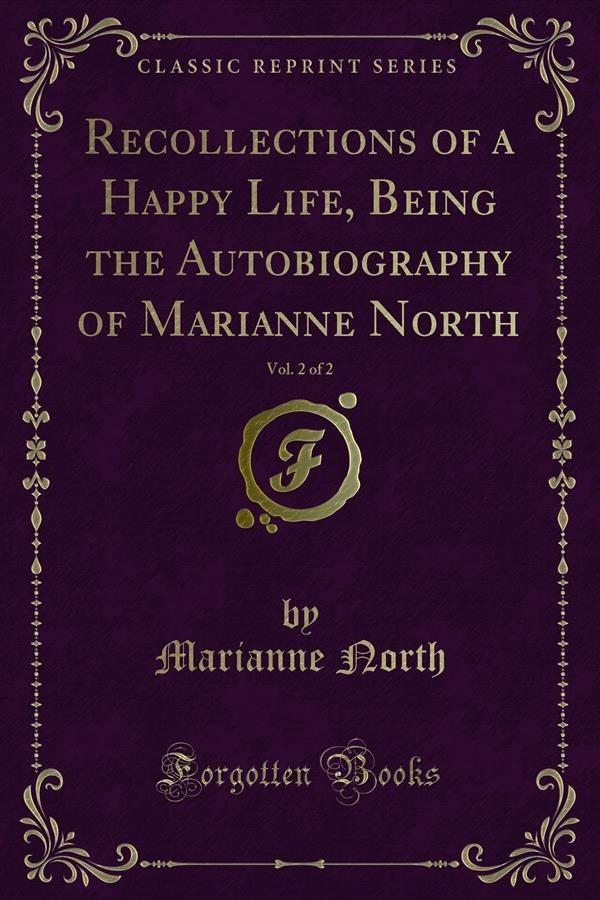 Recollections of a Happy Life, Being the Autobiography of Marianne North

It became quite dark, and the paintings were blown all about the garden in every direction. There was a grand scramble to gather them together, and to get everything safely inside the house before the rain came, which soon followed in torrents. I went on to Amritsar, where the hotel was not bad. At breakfast one of the officers told me he had been there some months, and never yet had had the curiosity to see the Golden\ Temple! I went at once, having picked up a garry-driver at the station, who talked some English. It was a real gem, half white marble lace-work, and half gilt copper, with rich dark hangings and carpets, built out in the middle of a clear lake, smooth as glass, in which every line was accurately reﬂected a long causeway of marble leading to it was always crowded with finely-dressed people. The lake was surrounded by trees and picturesque buildings. The holy book of the Sikhs was kept in the temple, and no shoes were admitted all round the sacred tank. I set to work at once on a sketch, and no one interfered with me the first day, but on the second they said, No orders give chair, and would not let me sit, even on my own, anywhere. However, I had done most of my work, and did not care.