The Reminiscences of Carl Schurz 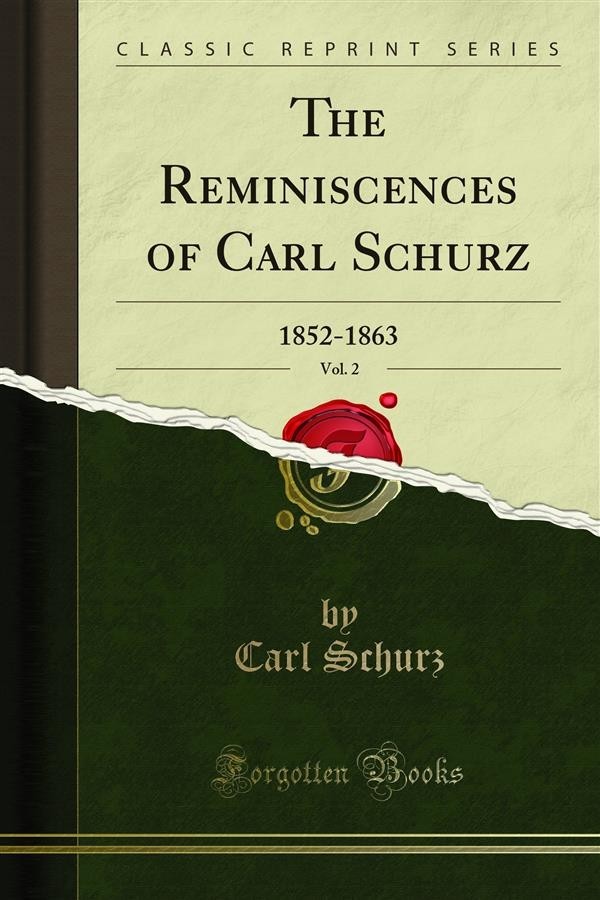 The Reminiscences of Carl Schurz

ON the 17th of September, 1852, my young Wife and I entered the harbor of New York on board the fine packet-ship City of London after a voyage of twenty-eight days. There were at that period steamers — although only a few of them regularly running between England and the United States. But a friend of ours who. Had visited this country several times had told us that a good, large sailing-ship was safer than a steamer, and more comfortable to persons liable to sea-sickness. Thus persuaded, we chose the packet City of London, a fine ship of about two thousand tons, magnificent to look at. And we did not repent of our choice. Our stateroom was large and commodious, the captain, although a thoroughly sea-bred man, polite and attentive, the table not bad, and the traveling com pany agreeable. There were several hundred emigrants in the steerage, but only about twenty passengers in the cabin, among them a Yale professor and several New York merchants. I was not yet able to converse in English; but as the Yale pro fessor spoke some German, and two or three of the New York merchants some French, there was amusing and instruct ive entertainment enough. Having determined to make the United States my per manent home, I was resolved to look at everything from the brightest side, and not to permit myself to be discouraged by any disappointment.