A Diary From Dixie 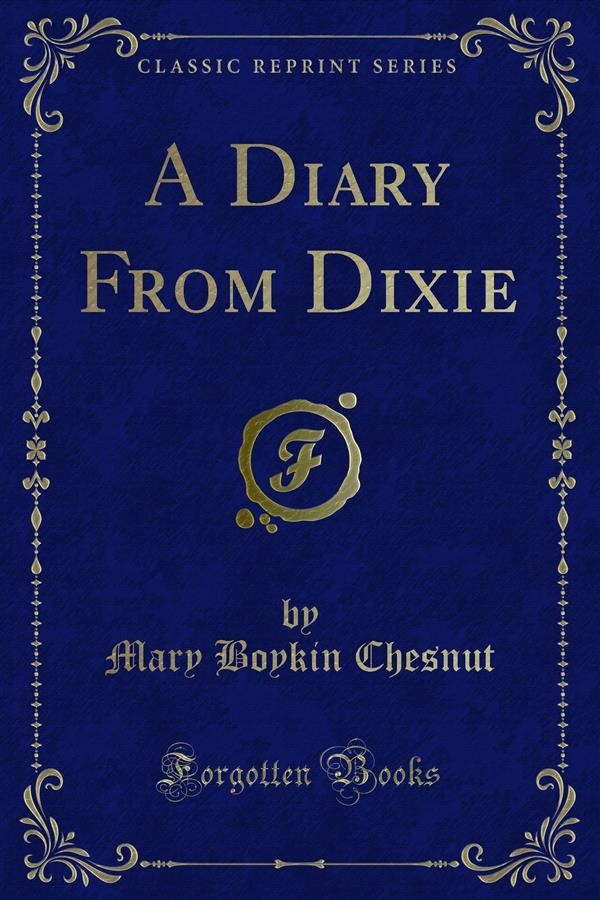 A Diary From Dixie

Mrs. Chesnut's Diary are vivid pictures of the social life that went on uninterruptedly in the midst of war; of the economic conditions that resulted from blockaded ports; of the manner in which the Spirits of the people rose and fell with each victory or defeat, and of the momentous events that took place in Charleston, Montgom ery, and Richmond. But the Diary has an importance quite apart from the interest that lies in these pictures. Mrs. Chesnut was close to forty years of age when the war began, and thus had lived through the most stirring scenes in the controversies that led to it. In this Diary, as perhaps nowhere else in the literature of the war, will be found the Southern spirit of that time expressed in words which are not alone charming as literature, but genuinely human in their spontaneousness, their delightfully uncon scious frankness. Her words are the farthest possible re moved from anything deliberate, academic, or purely intel lectual. They ring so true that they start echoes. The most uncompromising Northern heart can scarcely fail to be moved by their abounding sincerity, surcharged though it be with that old Southern fire which overwhelmed the army of mcdowell at Bull Run.