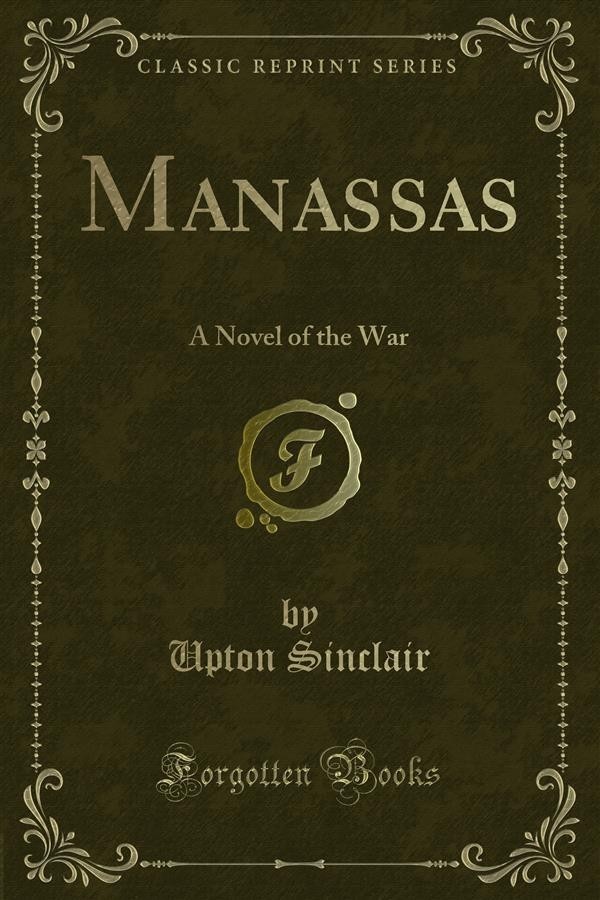 Upton Sinclair is one of the most well known authors of the twentieth century. His most famous novel is of course <i>The Jungle</i>, a work of fiction that brought conditions in the United States' meat packing industry to the forefront of public thought. He was also the author of dozens of books, both fiction and non-fiction, and is considered a great American writer. His novel <i>Manassas: A Novel of the War</i> was later republished under the name <i>Theirs Be the Guilt</i>.<br><br><i>Manassas</i> is the story of the United States in the period leading up to the Civil War. The book is an account of life in the South, where slave ownership was common and clashes between landowners and their slaves were frequent and often brutal. The protagonist of the story is a young Southerner who leaves the South and joins the abolitionist movement in the North. It is a story of families torn apart and the tremendous damages done by slavery. The book also serves as an excellent introduction to American politics at the time, and was written at a period when the wounds of the Civil War were still fresh for many Americans. <br><br>Sinclair is an author who deserves the credit he has been afforded, and <i>Manassas</i> sees him in excellent form. With clever, beautiful, prose, Sinclair weaves a story that is both gripping and heartbreaking. This is a great American novel written by a true master of his craft.