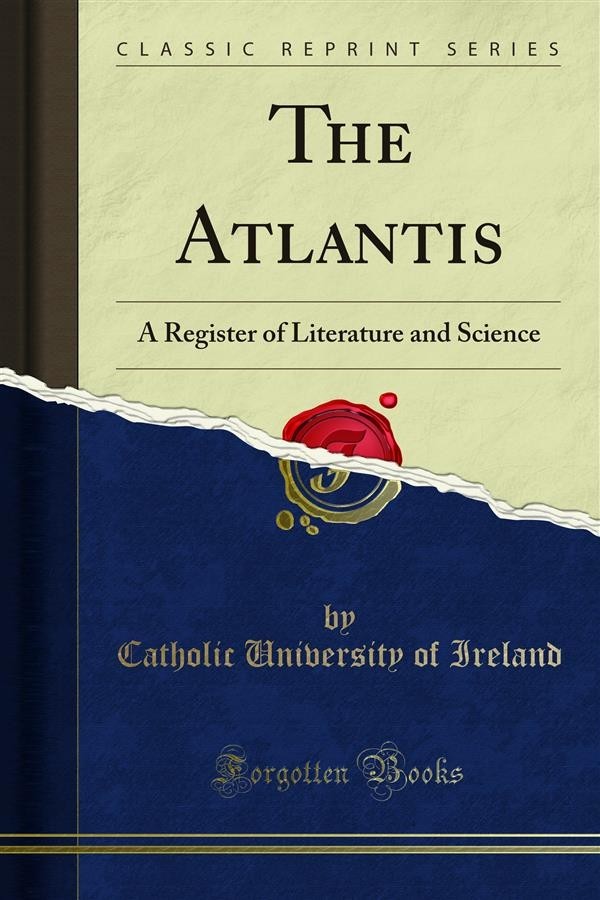 Should any one yet hesitate to acquiesce in this definition, under the feeling that after all it may be still association which is the charm of the ruin, and not the form of it, let him return again to the supposed temple, and consider what would be the effect of an entire abolition of those proportions which he is so little disposed to identify with its picturesqueness. That in its formal or com plete state, the piece of architecture in question is unpicturesque, has been made evident already; now, on the other hand, that an utter absence of form, or simple disorder and confusion, is unpic turesque also, may be proved to demonstration, by pursuing to its limits that same process of demolition by means of which we rendered the temple picturesque in the first instance. Carry on, in fact, the supposed disintegration of the building little by little, and you will find, that at a certain stage of the proceeding you reach a critical turning point, beyond which every step in ad vance ceases to be a creation of the picturesque, and becomes the corruption of it; till at length, when column, pediment, and en tablature lie in shapeless confusion on the ground, corruption has become absolute dissolution, and the picturesque has vanished. It has come, it has been seen in its perfection, it has passed away and has been destroyed by the identical process by which it has been erected; as if the conditions of its existence were those of the White Lady in the romance, who then first became visible when the fortunes of the house, with whose destiny her own was interwoven, had fallen into decline; whose zone gradually dwindled as the ruin proceeded, and who was fated to perish altogether at the moment of its consummation. The picturesque, then, is, in its essence, a due combination of the formal and the informal, and it is important to observe that this is the definition, the most natural and antecedently pro bable in a philosophical point of view, of any which could be given; for the discernment of likeness and unlikeness, which are only other names for that system of symmetry and interruption, of correspondence and contrast, which we recognize in the pic turesque, is an elementary power and necessity in the human mind: hence it is a principle of universal application; latissimé patet. The perception, it has been said] of similitude in dissimilitude is the great spring of the activity of our minds, and their chief feeder. It is the life of our ordinary conversa tion; and upon the accuracy with which similitude in dissimili tude, and dissimilitude in similitude are perceived, depend our taste and our moral feelings. Thus it is the secret, for example.