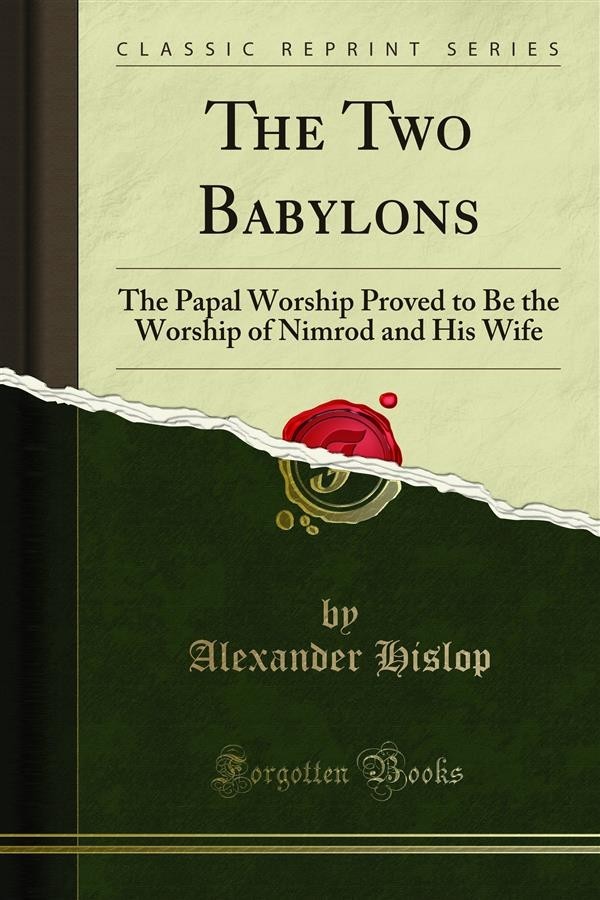 In ‘The Two Babylons’, Hislop puts forward an argument based on the ideas of panbabylonism, the idea that Middle Wastern civilisations were uniformly heavily influenced by the astronomical conclusions of Bablyonian civilisation. There was in the late 19th century a storm of enthusiasm for hyperdiffusion, the idea that the overwhelming part of the wisdom in the world came from a single civilisation. From that base, Hislop developed the argument that Greco-Roman mystery cults were actually the descendants of a single ancient Babylonian religion. Whilst this is no longer considered compatible with a conventional interpretation of history there are still significant numbers of people who take his interpretation very seriously. <br><br>The Two Babylons discusses several aspects of the discovery and excavation of the ruins of the legendary city, Nineveh, in 1851. Hislop believed the biblical figure Nimrod and the hero of Greek myth, Ninus were in fact separate accounts of the same character. To his original audience, the information about Niniveh, named for Nimrod, would have been impressive in themselves but the linkage of mythical figures lend a sense of drama to his writing. Throughout his career, Hislop hypothesised that links between divine or historical figures were more common than appreciated and parlayed this belief into a criticism of the corruptions and institutional malaise of the Roman Catholic Church. His accusations against the Pope himself as a foolish and sinful reincarnation of Belshazzar, the biblical sinner, were incendiary at the time and would remain so now. The popularity of these ideas cannot be underestimated and the importance of understanding our shared myths is enormous.<br><br>To understand a rollicking gallop through the myths of a range of great civilisations, turn the first page and hold onto your hat.