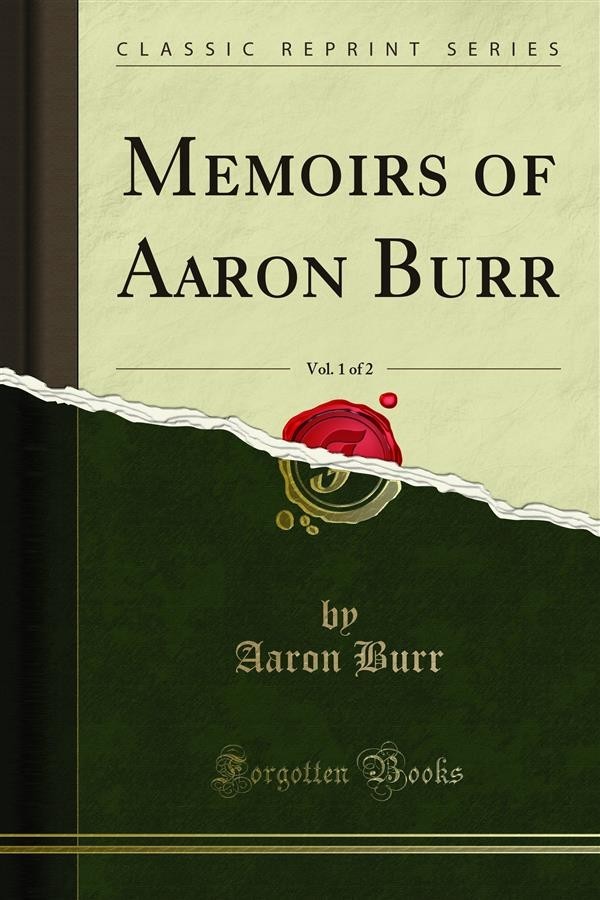 It is with unaffected reluctance that this statement of facts is made; and it never would have been made but for circumstances which have transpired since the decease of Colonel Burr. A mere allusion to these circumstances will, it is trusted, furnish ample justification. No sooner had the newspapers announced the fact that the Memoirs of Colonel Burr were to be written by me, than I received letters from various quarters of the country, inquiring into the nature of the revelations that the book would make, and deprecating the introduction of individual cases. These letters came to hand both anonymously and under known signatures, expressing intense solicitude for suppression. Under such circumstances, am I not only warranted it? These remarks, but imperiously called upon to make them 7 What other mode remained to set the public mind at ease? I have now stated what must for ever hereafter preclude all possibility for cavil on one part, or anxiety on the other. I alone have possessed the private and important papers of Colonel Burr; and I pledge my honour that every one of them, so far as I know and believe, that could have injured the feelings of a female or those of her friends, is destroyed. In order to leave no chance for distrust, I will add, that I never took, or permitted to be taken, a single copy of any of these letters; and, of course, it is quite impossible that any publication hereafter, if any should be'mads of such papers or letters, can have even the pretence of authenticity.