Lucretius on the Nature of Things 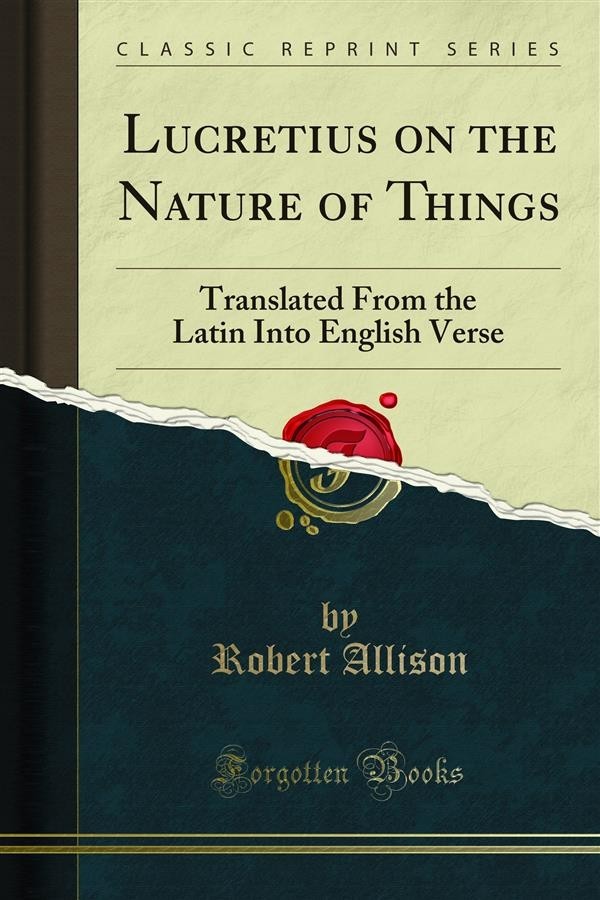 Lucretius on the Nature of Things

It was probably after his praetorship that he was assigned the province of Bithynia, whither he was accompanied by the poet Catullus, who gives a not very favourable account of his life and character. In 54 B.0. He was a candidate for the office of Consul, and being accused of bribery was exiled and afterwards lived at Athens. We have a letter* from Cicero to him, which goes to show that he was not a Very ardent follower of Epicurus, though he perhaps adopted the more pleasant and easy-going of the great master's tenets. According to Cicero's letter he had secured a lease from the Areopagus, at Athens, of some tumble-down house or other of Epi eurus (nescio quid illud Epicuri parietinarum) for the purpose of erecting on it a residence for himself. The Society of Epicureans objected. They said the buildings in question had been left to them in perpetuity, and requested the good services of Cicero to induce Memmius to surrender them. Their earnestness, he says, is rather laugh able, but they are an innocent, simple-minded set, and we should indulge them, for their error, such as it is, is one of silliness, not knavery.