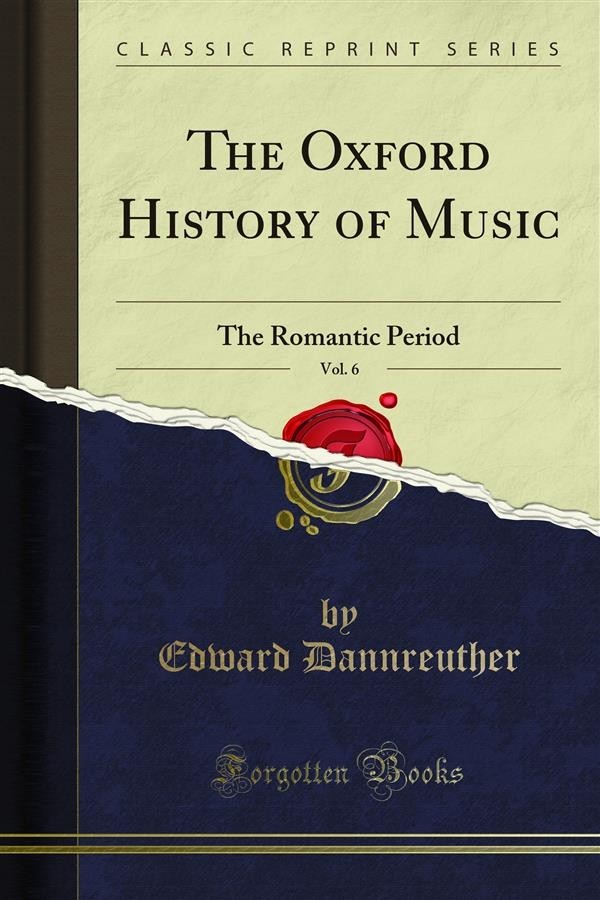 Goethe claimed to have been the first to use the elusive term Romantic in contrast to Classical. The familiar conception of the classical and the romantic arose in my mind and in Schiller's. My maxims were in favour Of the objective method of treatment. But Schiller preferred his own subjective method, and defended it in his essay on Naive and Sentimental Poetry. He showed that I was romantically inclined in spite of my desire to be otherwise, and that my Iphigenie, because of the preponderance of sentiment, was by no means so antique in feeling as I thought. Later on the brothers Schlegel took up the matter; and people now talk glibly of classicism and romanticism, to which fifty years ago no one gave a thought Romanticism in Germany reached its acme during the period Of reaction and restoration following the Napoleonic wars, when the Germans, in their ardour for historical studies, developed the historical sense — a high degree of sympathy with modes of feeling long lost, a taste for conditions and characteristics of past ages and climes remote. The historical studies at the Universities induced a leaning towards criticism. A school of literary critics arose; innumerable translations were attempted (homer, Shakespeare, Calderon, Cervantes), philologists worked at Sanscrit, Persian, Old Norse, and mediaeval German. Teutonic mythology was reconstructed; legends, fairy tales, remnants of folk-lore, popular ballads, and songs, were collected and compared.