McTeague a Story of San Francisco 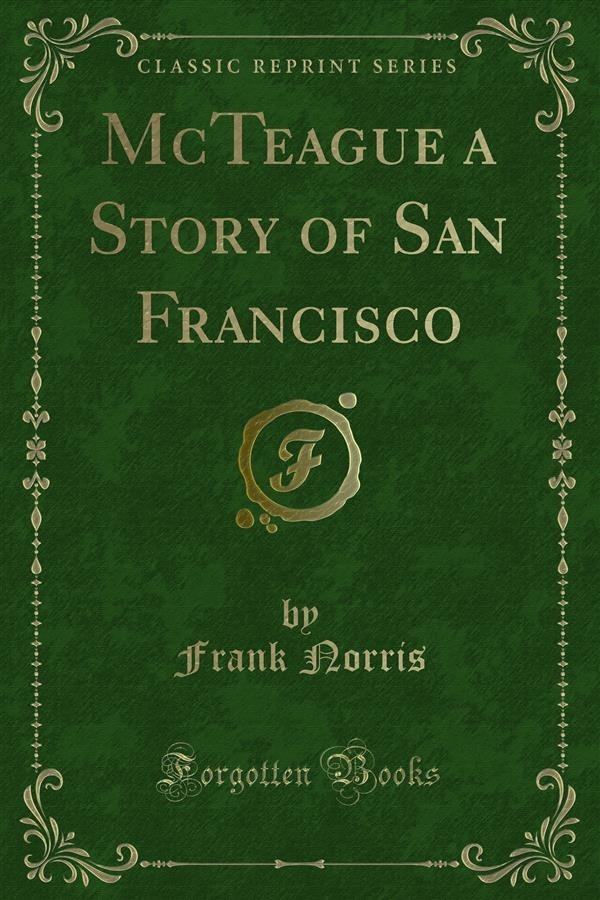 McTeague a Story of San Francisco

The suggestiveness Of these facts, even in so bare an outline of Norris's human experience, is too plain to be mistaken. That he drew largely upon his own observation and personal experience must be evident to every careful reader of his books. He takes us into the throbbing financial centres Of his native Chicago in The Pit, to Harvard in Vandover and the Brute, to San Francisco in such stories as Moran and the Lady Letty, Blix, and mcteague. But this is not all. It is not a light undertaking to tell the truth about life, and there were many things in Norris's experience which tended to concentrate his attention on certain aspects Of life, and led him to interpret the riddle of existence from a too exclusively modern point Of view. Life had been revealed to him as it was in two ultra-modern, intensely commercial, and highly prosperous Western cities, where there was much that was crude, blatant, and vulgar, unsoftened and unsteadied by the gracious inﬂuences of a long past. There was no background; no vague, mysterious distance. Like Nature herself, in that clear, restless, Western atmosphere, everything showed glittering and distinct, with sharp, hard out lines. And even if we add to this Norris's compara tively brief experiences in Paris and at Harvard, there is still something lacking; there is still that self-assured and pervading modemness, weak in spiritual appre hension, little fitted to nourish reverence, humility, and awe.