History of the Donner Party 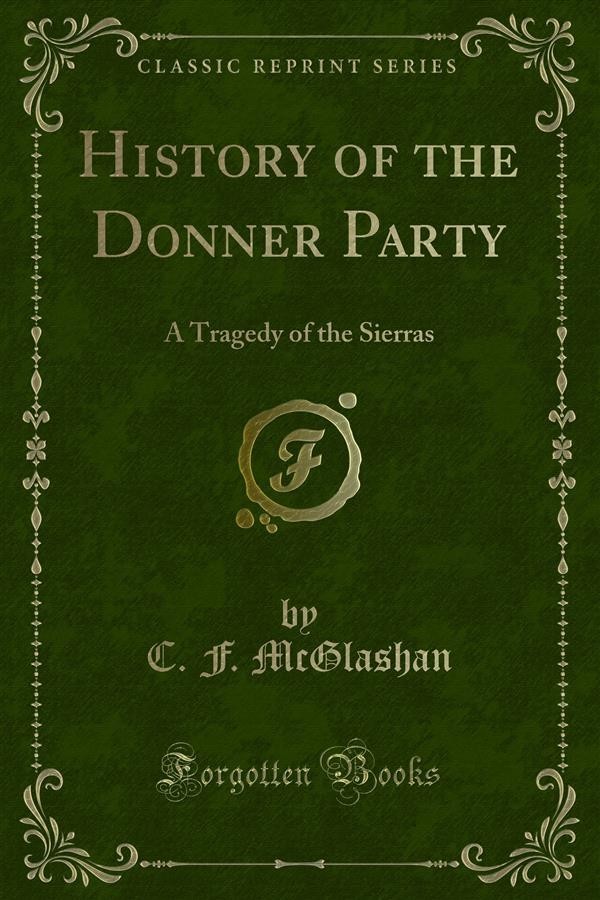 History of the Donner Party

If such a vision was related, it but indicates, prophetically, the progress of a few years. California's history is replete with tragic, startling events. These events are the landmarks by which its advancement is traced. One of the most mourn ful of these is recorded in this work — a work intended as a contribution, not to the literature, but to the history of the State. More thrilling than romance, more terrible than fic tion, the sufferings of the Donner Party form a bold contrast to the joys of pleasure-seekers who to-day look down upon the lake from the windows of silver palace cars. The scenes of horror and despair which transpired in the snowy Sierra in the winter of 1846 — 7, need no exaggeration, no embellishment. From all the works heretofore published, from over one thousand letters received from the survivors, from ample manuscript, and from personal interviews with the most important actors in the tragedy, the facts have been carefully compiled. Neither time, pains, nor expense have been spared in ferreting out the truth. New and fragmentary versions of the sad story have appeared almost every year since the unfortunate occurrence. To forever supplant these distorted and fabulous reports — which have usually been sen sational newspaper articles — the survivors have deemed it wise to contribute the truth. The truth is sufficiently terrible.