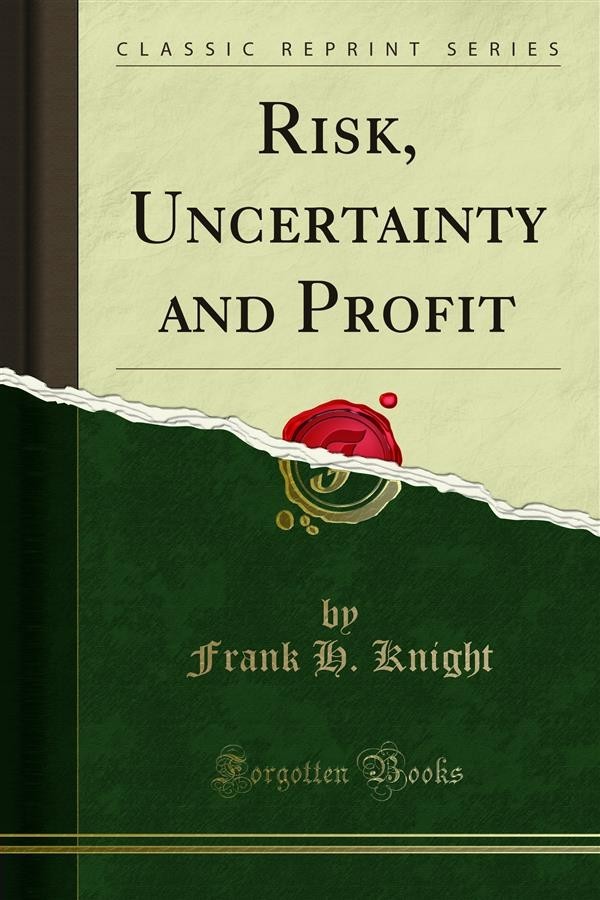 <i>Risk, Uncertainty, and Profit</i> is a book about economics, and the distinction between risk and uncertainty. Knight defined uncertain situations as those in which the outcome was unknowable, whereas risky situations were those in which the outcome was determined by probability distributions that could be evaluated at the outset. The book is divided into twelve chapters, each of which focuses on a different aspect of Knight's theory. Specific chapters are devoted to the place of profit and uncertainty in economic theory, the theory of choice and exchange, structures and measured for meeting uncertainty, and the social aspects of uncertainty, amongst other topics.<br><br>Frank Knight was a talented economist and a skilled writer. His work in <i>Risk, Uncertainty, and Profit</i> surely marks the highpoint of his career and serves as the clearest declaration of his economic philosophies. Both the layman and the keen student of economics will find much to appreciate in this work. Knight spent much of his academic career at the University of Chicago and this title builds on the work Knight completed for his Ph.D. dissertation.<br><br><i>Risk, Uncertainty, and Profit</i> is a thoughtful and influential treatise on the subjects of risk and uncertainty. Knight's work should be considered a must read for passionate students of economics, as well as any individual curious about how the economy functions on both a macro and micro level.