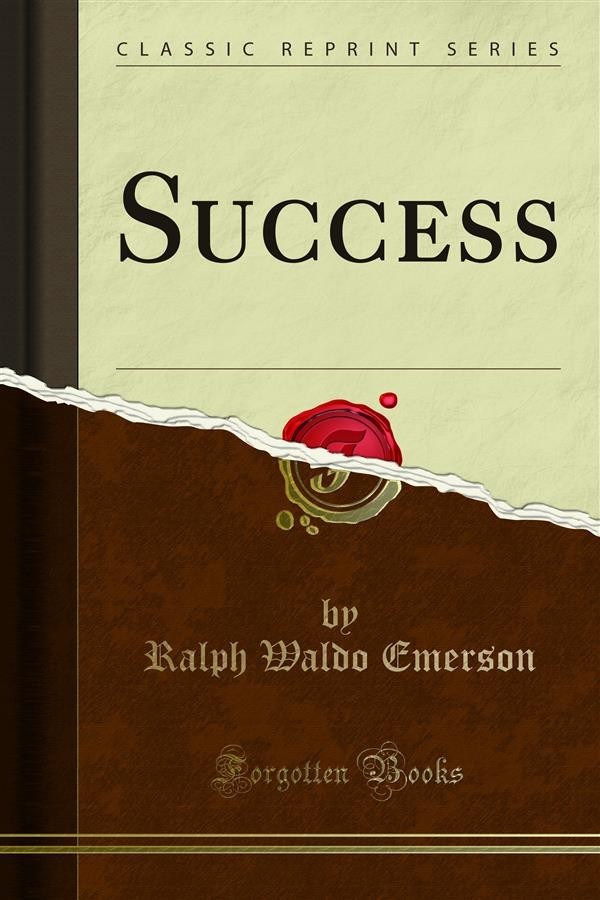 An incredibly famous American philosopher, essayist, and poet, Ralph Waldo Emerson was perhaps best known for leading the Transcendentalist movement in the mid-19th century and inspiring generations of philosophers and writers with his extraordinary ideas. Throughout his career Emerson consistently came back to the idea of success; he evaluated its meaning, how to attain it, and how it applied to the American people. This deep personal interest in the topic is what inspired his book <i>Success </i>.<br><br>In his lifetime, Emerson completed more than fifteen hundred public lectures, of which only one was on the topic of success. Curious as it may seem that a single lecture would inspire a book, in the introduction the publisher suggests that timing was a crucial factor--America was just beginning to realize its destiny as a major world power and needed inspiration and encouragement to spurn the public into action. Emerson sounds that call to action when he writes, "The earth is shaken by our engineries [<i>sic</i>]."<br><br>Ralph Waldo Emerson's <i>Success</i> presents a unique and interesting perspective on success and the expectations for America by Americans. Emerson's primary message is that success is not limited to intangible achievements. To Emerson, success was measured not by what our neighbors see but by what we see as individuals; "…that respect for ourselves which comes if we have succeeded. " If nothing else, this examination of success from one of America's greatest literary heroes affords the reader a historic snapshot of a period in history that eerily parallels modern issues and struggles.