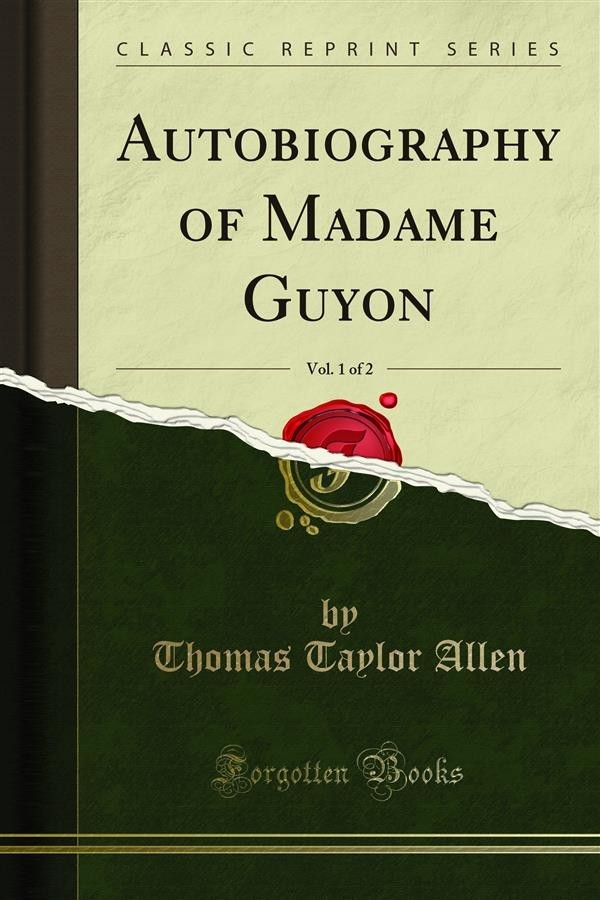 Often as one sees her name in religious and quasi-religious publications, it has appeared to me, that those, who so freely use it, for the most part have no acquaintance with the Life of Madame Guyon written by herself. For many years the English-speaking family has been content to depend, for any knowledge of her, on Upham's defective and misleading Life, where her catholic spirit appears bound in the grave clothes of so-called Evangelical dogma. That this should be the case argues ill for the depth of religious life in those communities. Piety, doubtless, there has been, but of a shallow, superficial character, hardly veiling a robust selfhood, which keeps its votaries in perpetual movement and fuss, and sends them running over the world to pluck the motes out of brothers' eyes, forgetful of this great beam in their own. When doctors and teachers with some knowledge of her writings do seriously mention her name, it is without exception apologetically and in a tone of patronizing superiority, which shows how much they have to learn both about themselves and her.