The Ideas of Einstein's Theory 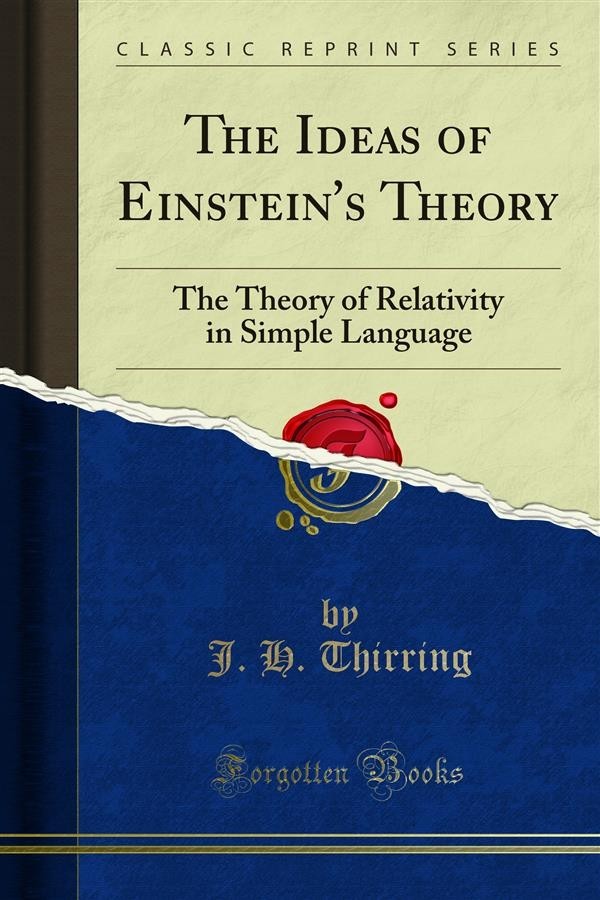 The Ideas of Einstein's Theory

The beginning of the twentieth century presented us with a scientific theory which quickly became celebrated all over the world: the Einstein Theory of Relativity. Whoever is interested in the evolution of mental progress will desire to know more of this theory, surrounded though it be by a mailcoat of mathematical formulæ, that presents to every non-mathematician an apparent barrier to further investigation.<br><br>Such a truly great idea, however, which contains matter of interest to mankind at large, must be capable of being rendered clear and intelligible, without consisting solely of a maze of mathematical formulæ. This certainly applies to the Theory of Relativity; all the essential traits of the theory can be made clear without the aid of mathematics to those who have a fair amount of geometrical training, and, in point of fact, a number of such popular expositions have already found their way into current literature.