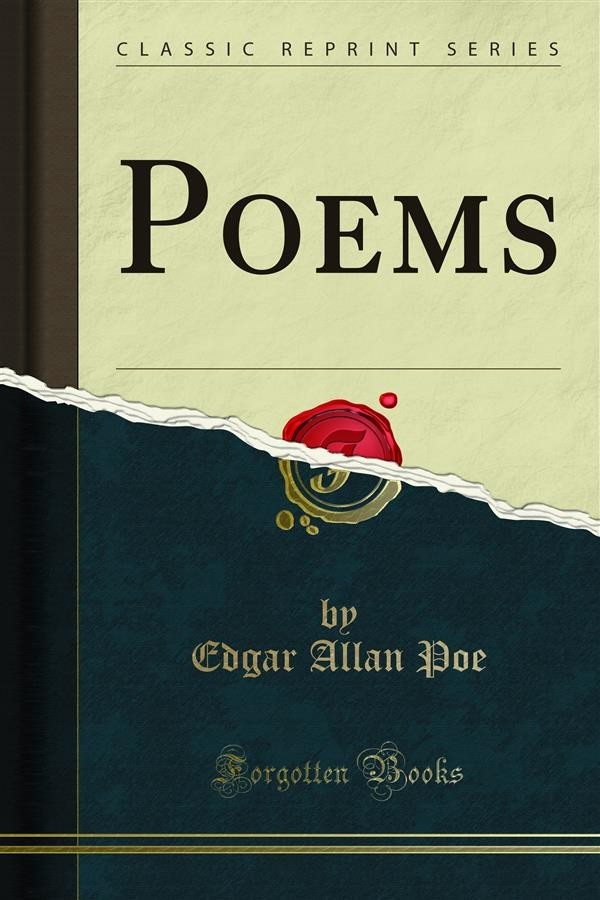 Pull up a chair by next to the fire to warm your bones after reading this chilling anthology of Edgar Allen Poe's poetry. Considered to be the father of modern science fiction (as well as the murder mystery), many readers forget that Poe started as an illustrious poet. From the haunting refrains of "The Raven" to the angelic lilt of the musical "Israfel", Poe's <i>Poems</i> will stir uncontrollable feelings of romance and despair. <br><br>A pre-eminent indicator of taste, Poe had the uncanny ability to weigh public opinion and predict literary trends before even the public knew they were popular. Due, in part, to his decades of work as a publisher, Poe had a keen understanding of the human psyche and the reader's willingness to abandon logic and delve into the mysterious. Focusing primarily on gothic works, Poe shaped a generation of authors and achieved relative success within his lifetime (something unknown at that time for American authors).<br><br>Perhaps Poe's most famous work, "The Raven" is included in this anthology. A dark tale, full of foreshadow and darkness, "The Raven" is noted for its musicality and gothic descriptions: "Then, methought, the air grew denser, perfumed from an unseen censer swung by angels whose faint foot-falls tinkled on the tufted floor". Poe was a master of the art of both fiction and prose and his work continues to inspire, even to this day.<br><br><i>Poems</i> is ideal for any reader interested in poetry, macabre, humor, romanticism, and Gothic Fiction. Whether purchasing it for yourself or as a gift to share with a friend or loved one, <i>Poems</i> is sure to capture the heart and the imagination.