Judaism and Its History 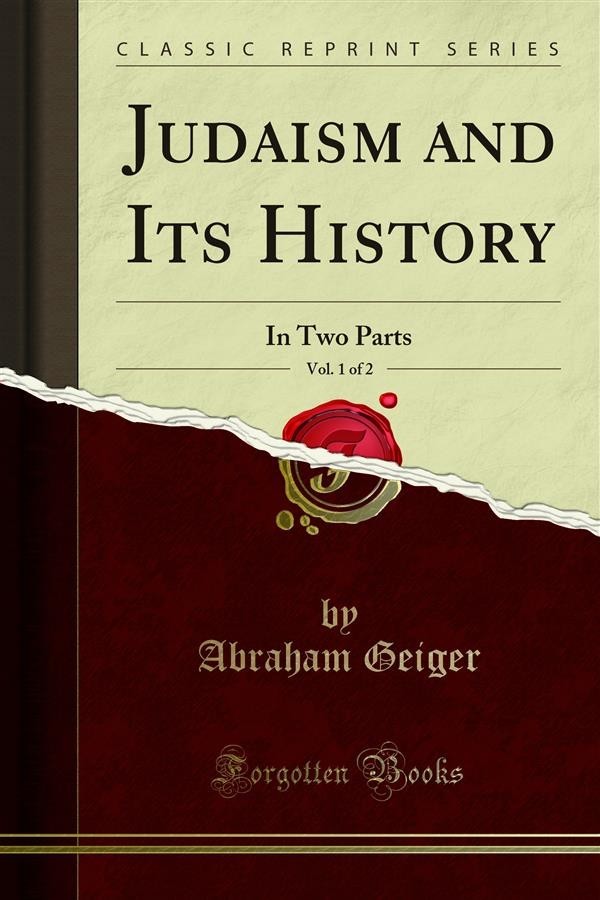 Judaism and Its History

The following pages owe their origin to a Course of Lectures before a limited audience of educated persons. As they met with friends among those, so they seek them now among an educated public at large.<br><br>Ought subjects of such serious, profound importance as those considered in these pages to venture into the vast market of life, if their treatment claims to present new results gained from new points of view? It can not be contested that the results which science has apparently established with the aid of all the means at her command, should be made the property of all educated people. But as long as such proof has not been furnished in full, would it not be preposterous to drag them before the public at large? I have seriously considered these doubts. For the views expressed herein differ in important points from those generally prevailing, and I have thus far not had the opportunity to substantiate all of them so fully as to be able to refer to works previously published. I can only refer to my book, "The Original Text and Versions of the Bible," to my essay, "Sadducees and Pharisees," and a few other shorter articles published in my "Jewish Review for Science and Life" and in other periodicals. Notwithstanding those doubts, I could not resist the temptation presented by a finished manuscript. Considering that life is short and time is fleeting, I think myself to have the permission of saying with the wise Hillel, "Praise to God, day by day." It is not always advisable to defer and repress that which we deem useful until, perchance, it might become more useful. It shall remain the literary task of my life to elaborate, in closer connection and more exhaustively, the historical views presented in these pages. In the mean time I trust that they may in their present form disclose the background, afford an insight into the serious studies upon which they are based, and make them sufficiently clear for those acquainted with the subject-matter and the original sources.