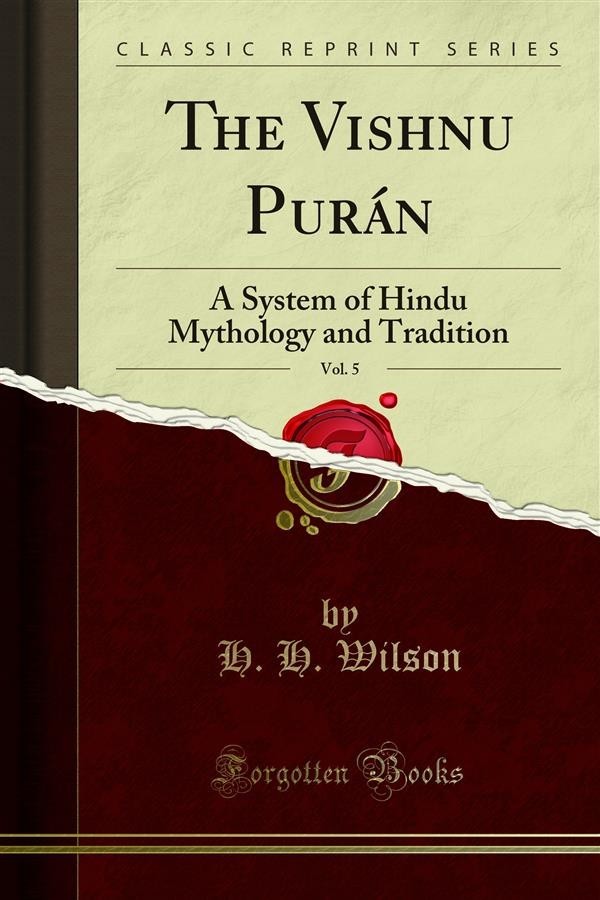 Akrúra, having set off in his quick travelling-car, proceeded to visit Krishna at the pastures of Nanda; and, as he went along, he congratulated himself on his superior good fortune, in having an opportunity of beholding a descended portion of the deity. "Now," thought he, "has my life borne fruit; my night is followed by the dawn of day: since I shall see the countenance of Vishnu, whose eyes are like the expanded leaf of the lotos. I shall behold that lotos-eyed aspect of Vishnu, which, when seen only in imagination, takes away the sins of men.