The History of Human Marriage 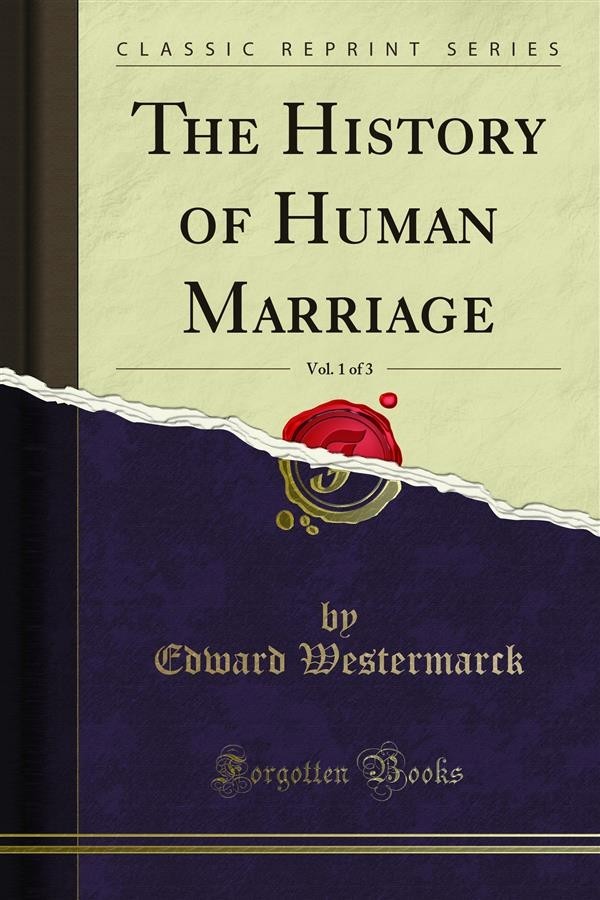 The History of Human Marriage

During the thirty years which have passed since the publication of the first edition of the present work the study of marriage and matters connected with it, especially among the lower races, has made such progress that I have found it necessary to reconsider the whole subject. Many new facts have been incorporated, and some old ones have been omitted. Various aspects of marriage, which were previously dealt with very inadequately or hardly touched upon, have been discussed at length. Objections raised by critics have been carefully considered. The old theories have been in some cases strengthened but in other cases modified. New theories set forth by other writers have been scrutinised. The matter has in many points been rearranged; and the book has been rewritten throughout to such an extent that very few sentences of the earlier editions have remained unchanged.<br><br>Only some of the changes can be here briefly indicated. A new introductory chapter on method, largely dealing with problems of recent growth, has taken the place of the old one. The statements quoted by certain writers as evidence of peoples living in a state of promiscuity have been more carefully examined, and the customs which have been represented as survivals of such a state in the past have been more fully discussed.