The Theory of Accounts 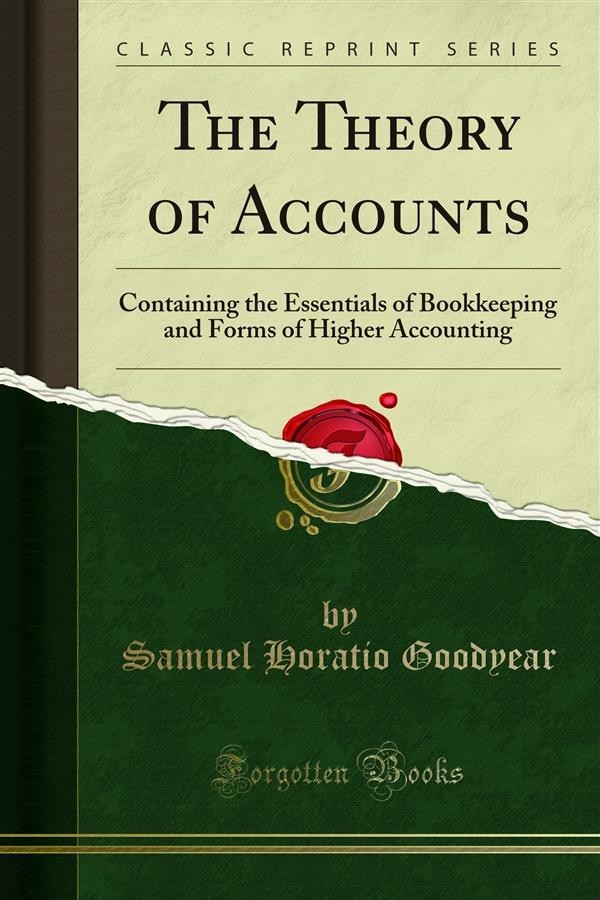 The Theory of Accounts

In introducing this volume the author desires to say that it has not been prepared as a reference book for expert accountants, but as a text-book for students who may begin the study with a very limited knowledge of the subject of Accounts.<br><br>We have selected a starting point that is plain, practical, and easily comprehended by all, and by carefully graded steps have led the thoughtful student to the broader principles of the Science of Accounts.<br><br>The book has been written for the theoretical study of Accounts. It is not intended to furnish material for Business Practice, but rather to prepare the student for intelligent work in Business Practice or counting room.<br><br>In developing the subject it has been the author's aim to give standard forms and methods as they are now used by business men, avoiding, on the one hand, the obsolete forms that appear in many text-books, but which the commercial world has long since passed in its career of progress. Bookkeeping as a study has a commercial value only when its methods are modern and abreast of the times; while the classical methods used ten or twenty years ago are now of little worth to the student who intends to make practical use of his commercial study.<br><br>On the other hand we have aimed to avoid some of the new methods which may be adapted to isolated cases in business, but which do not assist the student in acquiring a working knowledge of bookkeeping as a science and an art.<br><br>We trust that the student will be true to himself and pass nothing by, even in the illustrated forms, that he does not fully understand. A student that is working under pressure to complete the text in the shortest possible time is sometimes tempted to become a mere copyist of forms, under the delusive idea that what he has written in his books he has fully mastered. To remove this temptation we have prepared these forms in such a way that the student cannot safely copy any of the entries without first understanding the explanations and the transactions pertaining to them.<br><br>The manuscript forms of account books have been introduced, not for copies or for the embellishment of the text, but to represent pages of business forms written by a practical accountant, in an easy and rapid style that is easily read and easily acquired. It is the author's belief that reproduced pages of business writing, as it appears in a set of books, with no pretense at copperplate accuracy, but written with ease and rapidity, and withal perfectly legible, will far better represent business writing as applied to bookkeeping than the same number of pages of accurately engraved writing could do.<br><br>The author has aimed at producing a practical text, that would depend more upon the results it may accomplish than upon the first impression produced by a hurried examination of its pages.<br><br>In conclusion we could say to the student, do not compel your teacher to think for you. His work should be that of a critic and advisor; and even though you may spend an hour on one transaction before you have mastered it for record, you have, if you have studied earnestly, developed power that will be worth far more to you than the time you have spent.