The Treatment of Insanity 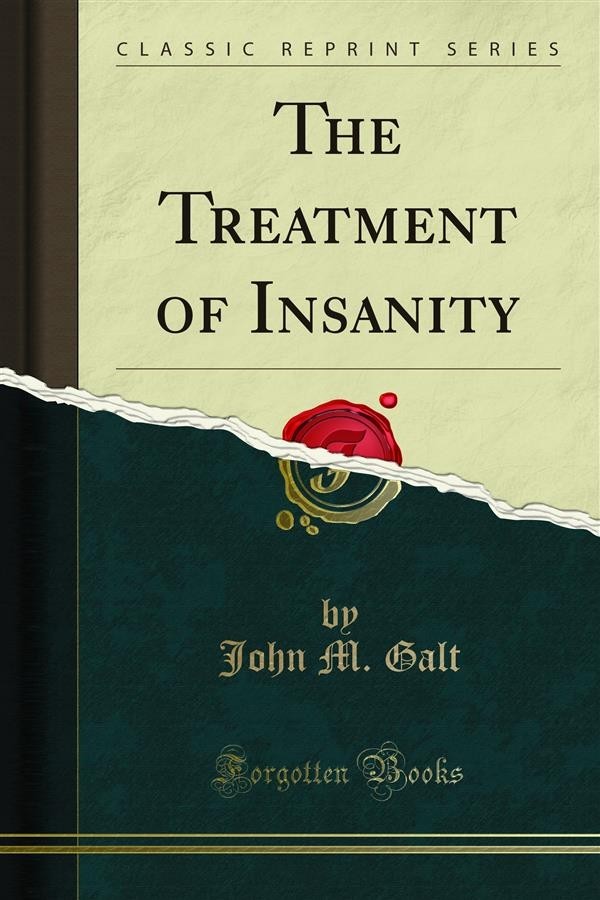 The Treatment of Insanity

The following production owes its origin to circumstance rather than to original design. While reading works on Insanity, in order to impress the treatment on my mind, and for convenient reference, I have been accustomed to transcribe, as succinctly as possible, everything relative to this portion of the subject. Experience evinced the advantages of such a course of proceeding; and after a good deal of matter had been accumulated in this form, it occurred to me that a work written according to the principle thus designated might be as similarly useful to others as the transcriptions already made had proved to myself This, with other considerations, induced the present publication. I am aware that the plan of composition here involved is experimental, and may appear chaotic and devoid of system; but these are little more than imaginary evils, if a convenient book of reference be so obtained.<br><br>Very few of the writers included in this compilation have been published in the United States; and numerous ideas may be derived from it which would not otherwise reach most practitioners. It appears to me that something of the kind is peculiarly needed on the subject of insanity. They who have had the management of persons labouring under mental disease will, I suppose, readily agree that there is no other malady in which are more points of study to the practitioner, in which are so many contingencies liable to prove perplexing, and against whose influence it is necessary to guard. In every treatise on insanity with which I have met, a considerable proportion of these things are scarcely more than alluded to, if spoken of at all; a few of them may meet the eye in each separate work. But by the concentration of opinions resulting from the character of our compilation, an abundant fund is furnished, from which assistance is available, in the point of view to which reference is made.<br><br>Through the essential nature of the mode of construction adopted in this undertaking, attention to style was almost necessarily sacrificed, and defects in composition were necessary concomitants. Any merit that may be claimed rests simply on the facts and opinions presented therein.