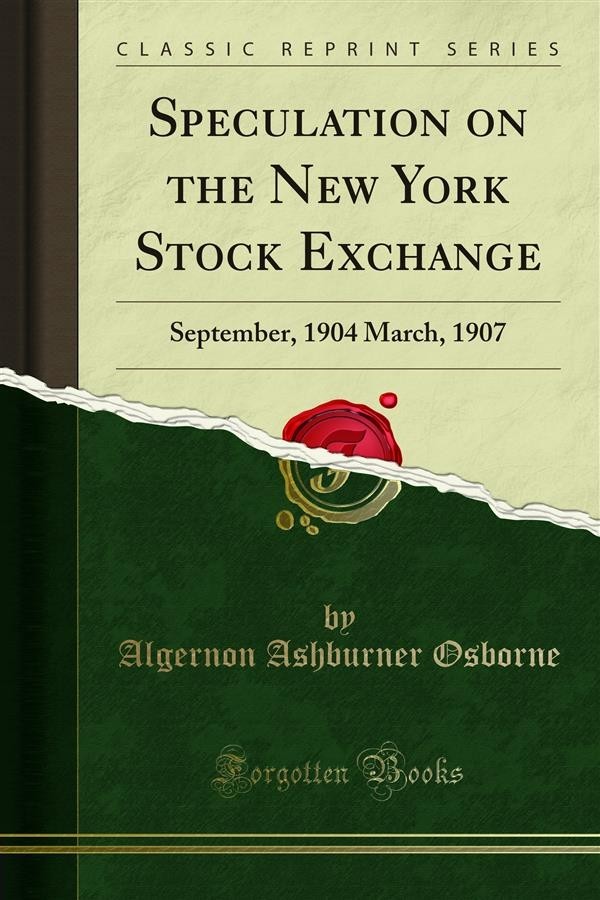 There are, broadly speaking, three accepted methods of discussing the modern stock exchange in general or any single exchange in particular. One consists in picturing the stock exchange as an institution which is indispensable to the conduct of present-day business; the stock exchange is held up before us as attaining a degree of success in performing certain services for society generally, such as no other human institution has ever reached. Another condemns the workings of the New York Stock Exchange and denounces everybody actively connected with it as a thief or a gambler or both. Still a third recognizes the usefulness of the stock exchange, while it deplores evils that are incidental to it. But, because of the weaknesses of unchangeable "human nature", these evils are depicted as ineradicable or well-nigh so.<br><br>The present monograph is not an attempt to achieve mere originality. The New York Stock Exchange, in itself, is not idealized, those operating on it are not sweepingly characterized as either dupes or knaves, and possible remedies for such evils as were glaringly apparent during 1906 and 1907, for example, are briefly considered, and are set forth as quite practicable. But, if discussion can be diverted from the well-trodden paths along the three main lines indicated, it seems as if a clear recognition of the evils and correctives for them may result from discussion with a new starting-point. Those who have beheld stock speculation from any one of the three viewpoints - which are almost mutually exclusive - appear to have accomplished little in the way of elucidating the subject or of curing the evils.