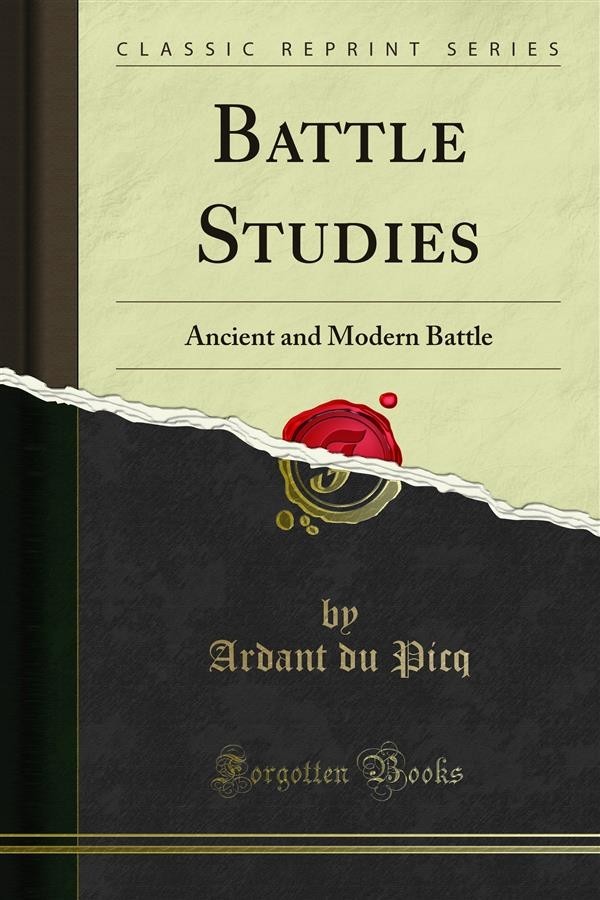 In presenting to the American reading public a translation of a volume written by an obscure French colonel, belonging to a defeated army, who fell on the eve of a battle which not alone gave France over to the enemy but disclosed a leadership so inapt as to awaken the suspicion of treason, one is faced by the inevitable interrogation - "Why?"<br><br>Yet the answer is simple. The value of the book of Ardant du Picq lies precisely in the fact that it contains not alone the unmistakable forecast of the defeat, itself, but a luminous statement of those fundamental principles, the neglect of which led to Gravelotte and Sedan.<br><br>Napoleon has said that in war the moral element is to all others as three is to one. Moreover, as du Picq impressively demonstrates, while all other circumstances change with time, the human element remains the same, capable of just so much endurance, sacrifice, effort, and no more. Thus, from Caesar to Foch, the essential factor in war endures unmodified.<br><br>And it is not the value of du Picq's book, as an explanation of the disasters of 1870, but of the triumphs of 1914-18, which gives it present and permanent interest.