The Satapatha-Brâhmana, According to the Text of the Mâdhyandina School 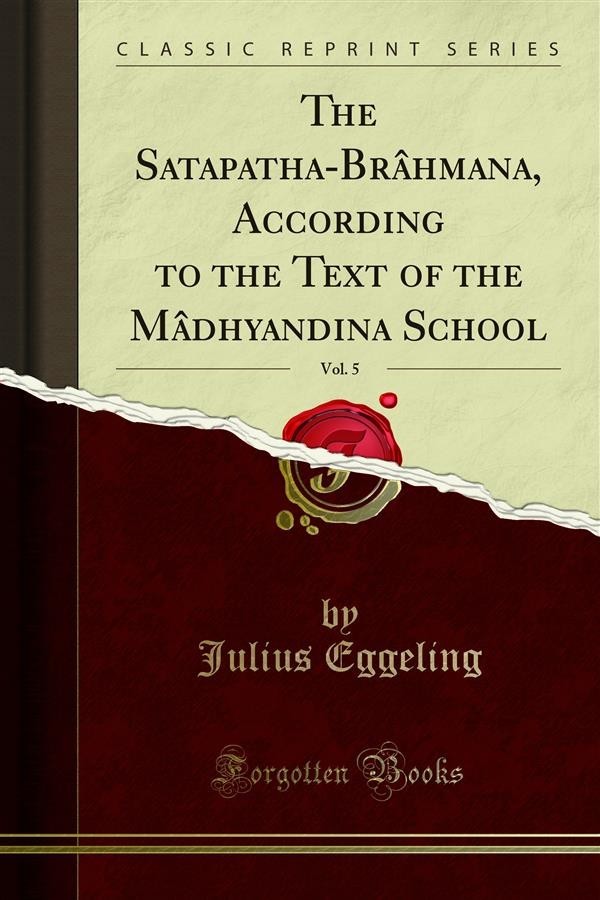 The Satapatha-Brâhmana, According to the Text of the Mâdhyandina School

The present volume completes the theoretic exposition of the sacrificial ceremonial, and thus brings us to the end of our task. The remaining six chapters of the last book of the Brâhmana form the so-called Brhad-âranyaka, or great forest-treatise, which, as one of the ten primitive Upanishads, is included in Professor F. Max Midler's translation of those old theosophic treatises, published ip the present series. The portion of the work contained in this volumeforms practically a continuation of the first five k&m/as, the intervening five books being devoted to the consideration of the Agnikayana, or construction of the sacred brick-altar, which had come to be recognised as an important preliminary to the Soma-sacrifice. The circumstances which seem to have led to this somewhat peculiar distribution of the different sections of the work have been explained in the introduction to the first volume of the translation. As was there shown, the inclusion of the Agnikayana in the sacrificial system of the Vâgasaneyins, or theologians of the White Ya^us, appears to have resulted in a definite settlement of the sacrificial texts of the ordinary ritual, as contained in the first eighteen adhyâyas of the Vâgasaneyi-sawhitâ, as well as of the dogmatic explanation of that ritual as given in the first nine kândas of the Satapatha-brâhmana.