African Systems of Kinship and Marriage 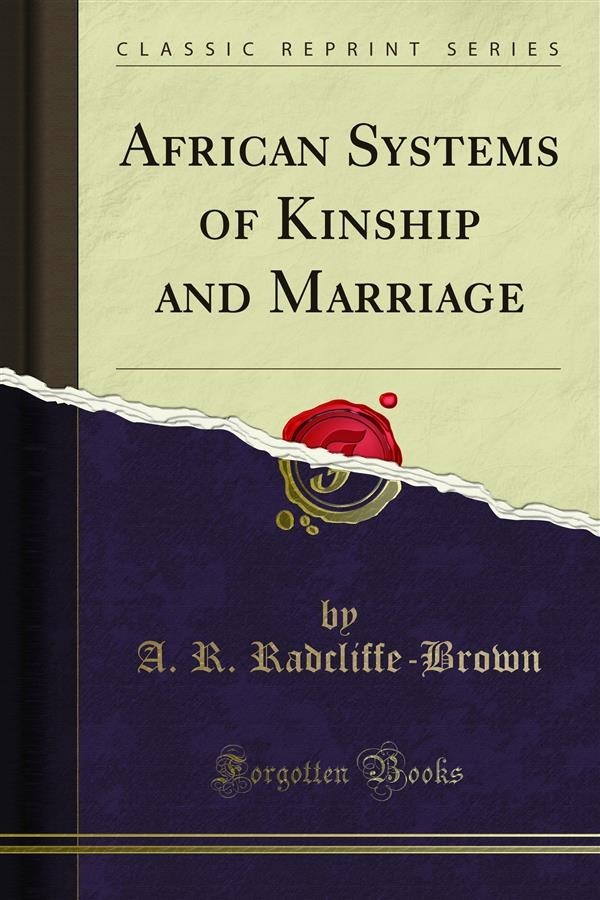 African Systems of Kinship and Marriage

Kinship looms large among peoples who obtain their livelihood in small groups with simple tools. Among such peoples differences of aptitude and special training and duties do not, as in more complex societies, overwhelm the bonds between those who are born together and intermarry. The local groups within which personal relations are developed in work, rite, and recreation are at the same time bodies of relatives who have ancestors in common and among whom a complex web of ties links every person with others throughout the community. The way in which comprehensive obligations of kinship direct the activities and relations which, in our society, are segregated out as more specifically political, economic, and religious is a commonplace of social anthropology. But the detailed operation of particular factors, their relative weight in different circumstances, the principles under which these can be subsumed, and the real character and role of the many patterns of kinship organization that result are less clearly grasped. These are, however, fundamental questions in a scientific sociology. They are also of immediate practical urgency when peoples who have lived in a largely kinbound society are reacting to pressures and incentives from another social world. For those attempting to achieve a smooth transition, and to elicit the energies and loyalties of such peoples, the reason for many intangible obstacles and discords lies in unintended and often avoidable disharmony between the indigenous and the invading social values.<br><br>The concomitant of culture contact is social strain. The International African Institute has sought to promote research in the social anthropology of Africa in the belief that more adequate resources, intellectual and financial, should be devoted to such studies if scientific knowledge is to advance on a scale commensurate with the social problems to which it should be applied. In an earlier volume on African Political Systems some of the results of researches into the political systems of African peoples by Fellows and others associated with the Institute were brought together. The wide and continuing demand for this study, which has afforded insight into the situations with which every student, educator, and administrator has to deal, has encouraged an attempt to provide a similar conspectus on an equally fundamental aspect of the indigenous social life of African peoples. The present volume consists of an Introduction, in which the general principles underlying African systems of kinship and marriage are reviewed in the light of our present knowledge, and a series of detailed studies by authors who have made intensive field investigations of the particular social systems they analyse. Each presents the essential characteristics of one or more varieties of African patterns of kinship.