The A B C of Stock Speculation 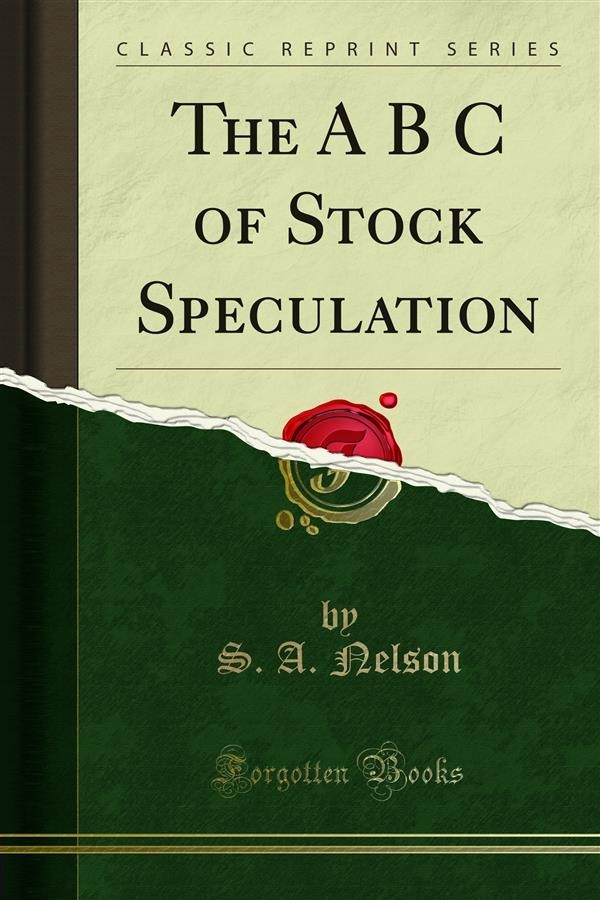 The A B C of Stock Speculation

Following the publication of The A B C of Wall Street there were many requests for a book dealing with the principles governing stock speculation. If there is one man better qualified than another to produce such a book that man is Mr. Charles H. Dow. Several attempts were made to have him write the desired volume but they were unavailing. Prom time to time in his Wall Street career, extending over a quarter of a century, Mr. Dow has carefully evolved his theories of successful stock speculation. They are to be found in Chapters IV to XX, inclusive, and can be commended to any one interested in stock speculation as remarkable for their grasp of a subject about which so little has been written and so much misinformation is gratuitously offered the public. In the preparation of this little volume thanks are also due to the Wall Street Journal, the Evening Post, the Dow, Jones & Co.'s News Agency, Mr. Alexander Dana Noyes, Mr. Daniel Kellogg, Mr. E. W. Harden, and a number of brokers and speculators. The reader of course understands that there is no royal road to success in speculation. It would be fallacy to undertake to show how money can be made. No infallible plan has yet been discovered. Experience and observation when intelligent, however, are valuable, and we are of the 1 opinion that the average speculator will find a study of the following pages to be useful and profitable.