The Herschels and Modern Astronomy 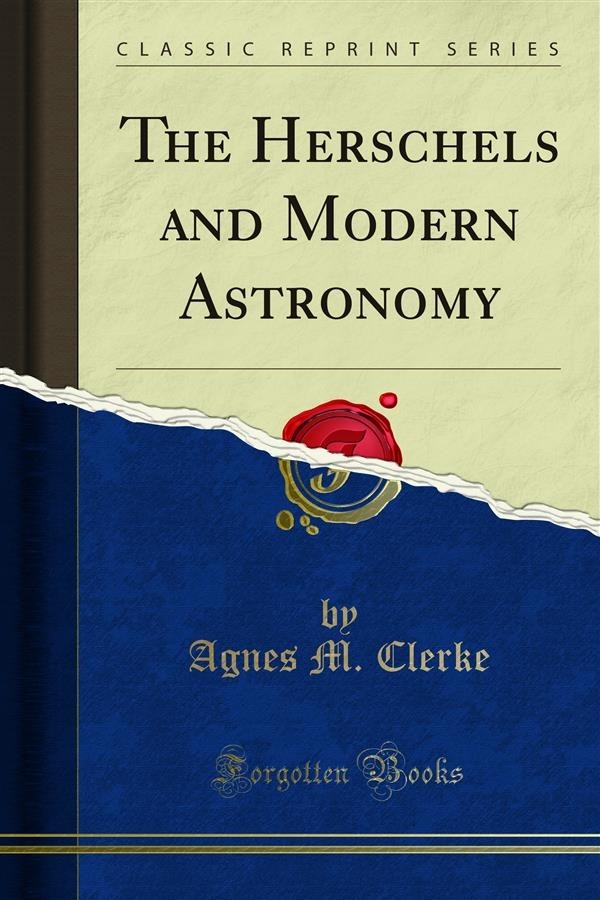 The Herschels and Modern Astronomy

The chief authority for the Life of Sir William Herschel is Mrs. John Herschels "Memoir of Caroline Herschel" (London, 1876). It embodies Caroline's Journals and Recollections, the accuracy of which is above suspicion. William himself, indeed, referred to her for dates connected with his early life. The collateral sources of information are few and meagre; they yield mere gleanings, yet gleanings worth collecting. Professor E. S. Holden has had recourse to many of them for his excellent little monograph entitled "Herschel, his Life and Works" (London, 1881), which is usefully supplemented by "A Synopsis of the Scientific Writings of Sir William Herschel," prepared by the same author with the aid of Professor Hastings. It made part of the Smithsonian Report for 1880, and was printed separately at Washington in 1881. But the wonderful series of papers it summarises have still to be sought, one by one, by those desiring to study them effectually, in the various volumes of the Philosophical Transactions in which they originally appeared. Their collection and republication is, nevertheless, a recognised desideratum, and would fill a conspicuous gap in scientific literature.