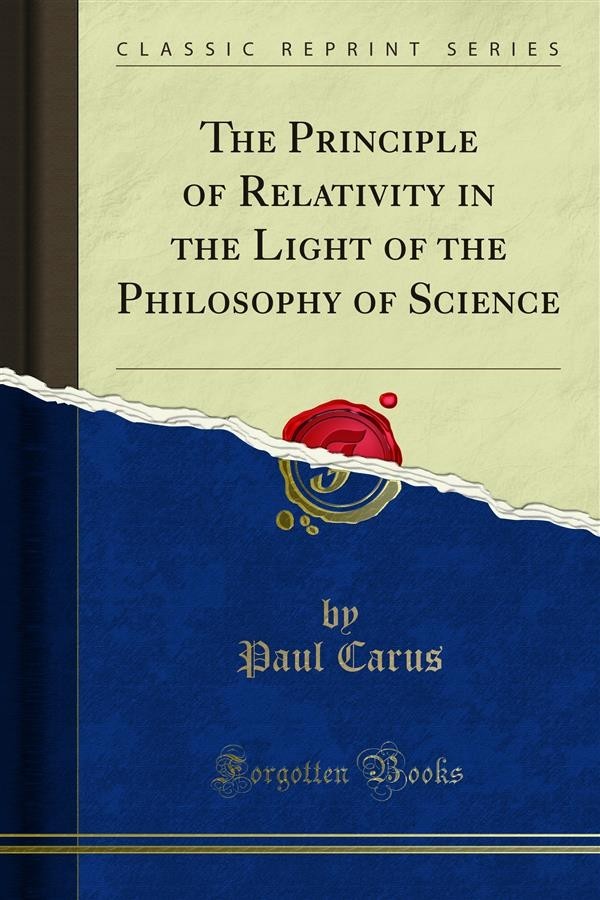 Physical science seems to have entered into a new phase, the slogan of the new school being the Principle of Relativity. In some quarters the current modes of thought are declared antiquated, and the promise is made that the old truths will acquire a new meaning. Physicists speak of the relativity of time and space, and we will add that they ought as well speak of the relativity of things, of the whole actual world in all its parts and interrelations.<br><br>Many who have watched the origin and rise of the new movement are startled at the paradoxical statements which some prominent physicists have made, and it is remarkable that the most materialistic sciences, mechanics and physics, seem to surround us with a mist of mysticism. The old self-contradictory statements of the Eleatic school revive in a modernized form, and common sense is baffled in its attempt to understand how the same thing may be longer and shorter at the same time, how a clock will strike the hour later or sooner according to the point of view from which it is watched; and the answer of this most recent conception of physics to the question, How is this all possible? is based on the principle of the relativity of time and space.