Handbook for Travellers in Greece 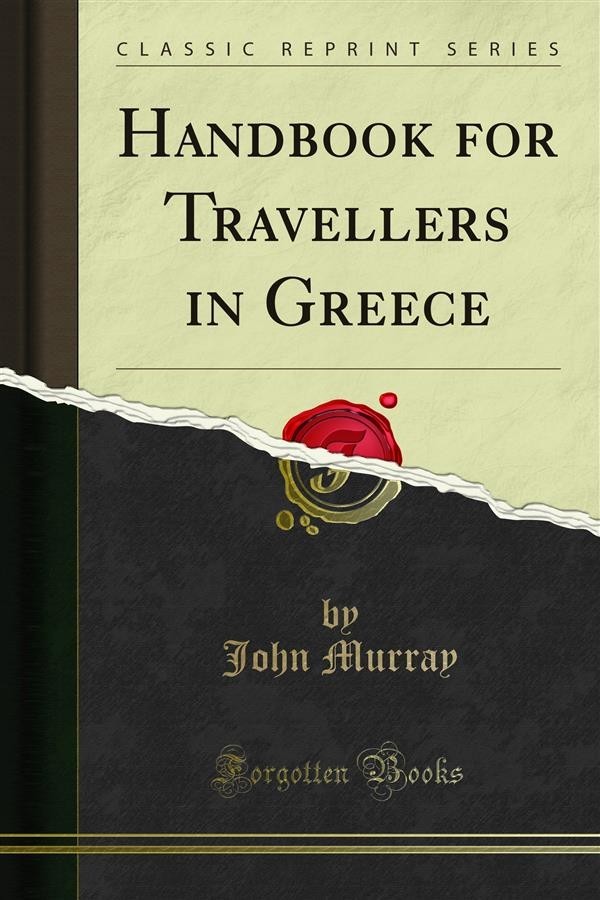 Handbook for Travellers in Greece

Notwithstanding the variety of works which, for centuries, have appeared in different languages on the various provinces and islands of Greece, a Guide Book for those countries became essential when the means of communication with them had been rendered easy and frequent.<br><br>In the works of many ancient and modem writers we find accurate notices of the routes which they have followed over separate districts; but, in order to render their labours available to the traveller in a portable shape, it was necessary to compare, extract, and compress within the narrowest limits their accumulated information, - ethnographical, antiquarian, artistic, historical, and statistical, - selecting only such portions as might secure to the genius of each locality its appropriate share of interest.<br><br>The idea of a Handbook for the East naturally suggested itself after the completion of similar guides for Germany, Switzerland, and other parts of Europe. In the present work those portions of the former Handbook for the East which related to Greece have been carefully rewritten or remodelled, with great additions, and with much introductory matter prefixed. The subject of this new Handbook is, Classical and Historical Greece, that is to say, the Ionian Islands, the Kingdom of Greece, the Islands of the Ægean Sea, and the provinces of Macedonia, Thessaly, and Albania, not yet reunited to Christendom. In all these countries the majority of the population, though divided by political events among three distinct governments, is still Greek in those great elements of nationality - blood, religion, and language. The remaining provinces of European Turkey, with Constantinople, Asia Minor, &c., will form the subject of the forthcoming Handbook for Turkey.<br><br>The description of the ancient monuments of Athens has been contributed by Mr. F. C. Penrose, author of the work on Athnian Architecture, published in 1851 by the Society of Dilettanti.<br><br>The manuscript notes and journals of several recent travellers, kindly communicated to the Editor, added to the copious materials collected by himself during various journeys throughout all parts of the countries described, have served him as a foundation for a careful comparison of the highest authorities of the past with the most important publications of the present day.