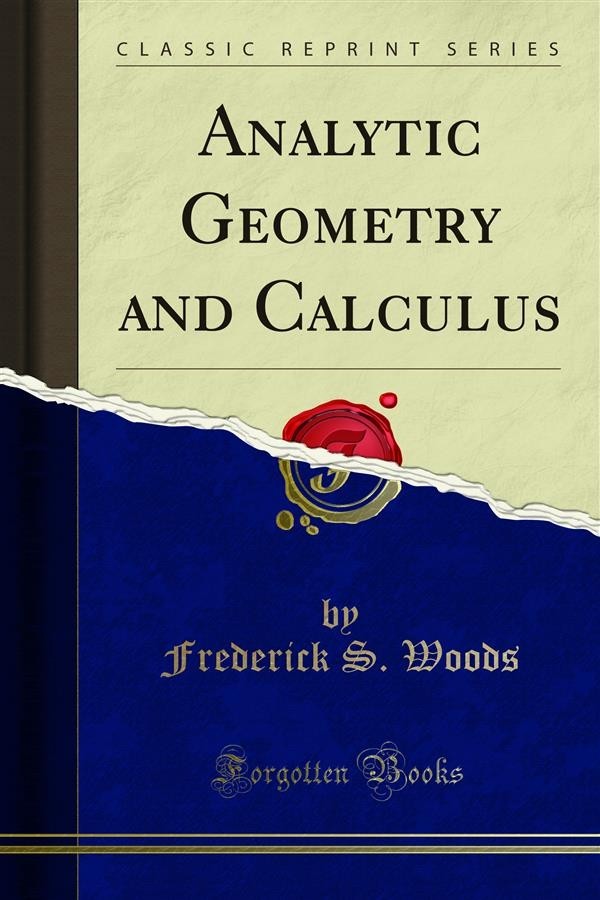 The present work is a revision and abridgment of the authors' "Course in Mathematics for Students of Engineering and Applied Science." The condensation of a two-volume work into a single volume has been made possible partly by the omission of some topics, but more especially by a rearrangement of subject matter and new methods of treatment.<br><br>Among the subjects omitted are determinants, much of the general theory of equations, the general equation of the conic sections, polars and diameters related to conies, center of curvature, evolutes, certain special methods of integration, complex numbers, and some types of differential equations. All these subjects, while interesting and important, can well be postponed to a later course, especially as their inclusion in the present course would mean the crowding out, or less thorough handling, of subjects which are more immediately important.<br><br>The rearrangement of material is seen especially in the bringing together into the first part of the book of all methods for the graphical representation of functions of one variable, both algebraic and transcendental. This has the effect of devoting the first part of the book to analytic geometry of two dimensions, the analytic geometry of three dimensions being treated later when it is required for the study of functions of two variables. The transition to the calculus is made early through the discussion of slope and area (Chapter IX), the student being thus introduced in the first year of his course to the concepts of a derivative and a definite integral as the limit of a sum.<br><br>The new methods of handling the subject matter will be recognized by the teacher in places too numerous to specify here. The articles on empirical equations, the remainder in Taylor's series, and approximate integration are new.