The Biography of John Gibson, R. A., Sculptor, Rome 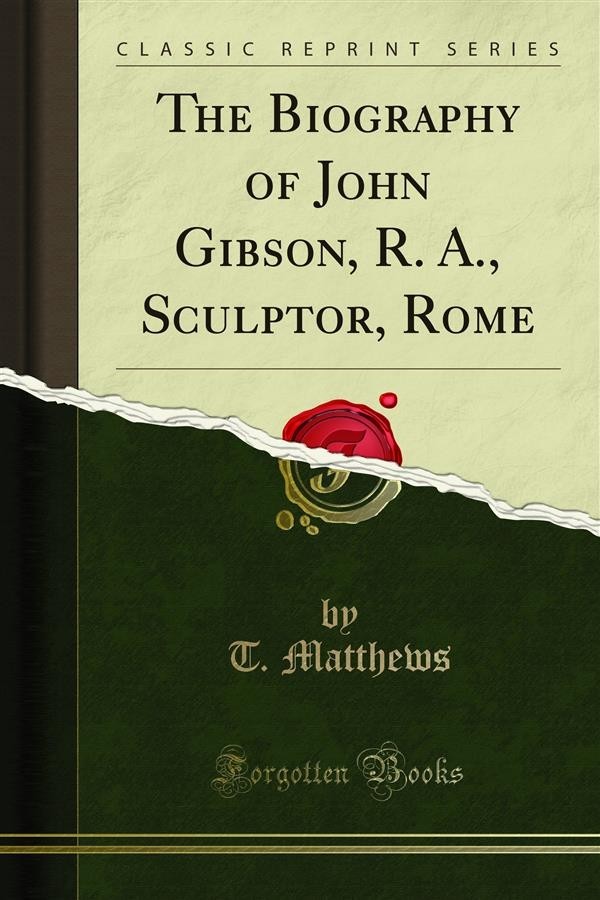 The Biography of John Gibson, R. A., Sculptor, Rome

The photographs from statuary at Marlborough House are reproduced by gracious permission of Her Majesty Queen Alexandra. I acknowledge with gratitude the courtesy of the President and Council of the Royal Academy in enabling me to reproduce photographs of the Gibson statuary at the Royal Academy; to the Council of the Royal Institution, Liverpool, and to the Lord Mayor, Aldermen, and Council of that City for similar privileges; to Mr. Lawrence Dibden, Curator of the Walker Art Gallery; to Dr. Ashby, Director of the British School at Rome, for being so kind as to permit me to use certain photographs of his to T. J. Barrett, Esq., for his generous permission to reproduce the Tinted Venus; to Mr. Aneurin Williams, of Carnarvon, and to Mr. E. W. Evans, Dolgelly, for many newspaper cuttings and references. Finally, I wish to express my especial gratitude to the late Mrs. H. R. Sandbach and to Colonel S. Sandbach of Had-nu-nos for allowing me to use their Gibson papers, to photograph their statuary.